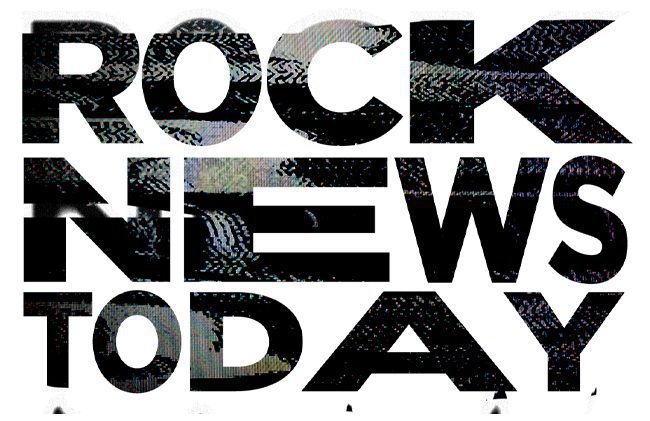 Although Bob Dylan has enjoyed an illustrious music career spanning six decades, music is not the only way he gets creative. He has also been working as a visual artist for decades, and some of his artwork will soon be put on an exhibition, in a show called Retrsopectum, at The Patricia and Phillip Frost Art Museum in Miami.

The most comprehensive showcase of Dylan’s artwork will open on Tuesday, November 30, and will run until April 17, 2022. The opening is set to coincide with the annual Art Basel Festival. According to AP, the exhibit spans six rooms and will include “more than 180 acrylics, watercolors, drawings, and ironwork sculptures.” It includes forty new paintings that have never been seen before by the public. Tickets will cost $16 each.

Retrospectum includes works from as far back as the 1960s, starting with pencil sketches he made of his songs including “Highway 61 Revisited” and “Like A Rolling Stone.” However, the majority of the artworks on show were created within the last fifteen years. Many of the pieces are on loan from private collections.

The show initially debuted at the Modern Art Museum in Shanghai back in 2019. It attracted over 100,000 visitors in its opening three months, making it the most visited art exhibition of that year.

“He was recognized in every possible way as a writer, as a composer, as a singer, as a performer, and so on,” says Shai Battel, who conceived the show as the artistic director of the Modern Art Museum. “It is now that the audience sees also the last element. Dylan is able to express himself in so many ways.”

Bob Dylan’s 39th album, Rough and Rowdy Ways, was released in June 2020. It was his first album of original material for eight years. Miami’s Art Basel fair will open on Tuesday, November 30 to VIP guests and to the public on December 2.

The fair will close on Saturday, December 4, a day earlier than usual.

Named after the penultimate track from his 1999 Hours… album, this latest installment comes in three formats, an 11-CD box, an 18-piece vinyl set, and a standard digital download box set. David Bowie 5 contains newly remastered versions of the Black-Tie White Noise, The Buddha Of Suburbia, 1. Outside, Earthling, and Hours… records, as well as the BBC Radio Theatre, London, June 27, 2000, live album and the non-album/alternative version/B-sides and soundtrack compilation, Re:Call 5.

January 7th will then mark the first-ever official release of TOY, an album Ziggy Stardust originally recorded after his triumphant Glastonbury 2000 performance. Tracking new interpretations of songs, he’d first recorded from 1964–1971, Bowie initially planned to “surprise drop” the album in 2001. Due to technological restrictions, the album never arrived, so he moved on to another project, which eventually turned into 2002’s Heathen.

The TOY: BOX drop on January 7th will include a special edition of the TOY album and arrives in 3-CD and 6×10″ vinyl formats. It will also contain a 16-page full-color book featuring previously unseen photographs and more. “Toy is like a moment in time captured in an amber of joy, fire and energy. It’s the sound of people happy to be playing music,” noted Bowie’s co-producer Mark Plati in a press release.

“David revisited and re-examined his work from decades prior through prisms of experience and fresh perspective – a parallel not lost on me as I now revisit it twenty years later.

From time to time, he used to say ‘Mark, this is our album’ – I think because he knew I was so deeply in the trenches with him on that journey. I’m happy to finally be able to say it now belongs to all of us.”

The version is part of the band’s Turning To Crime record, released on Friday (November 26). Bob Ezrin produced the album, which contains songs not written by the band.

Several artists have covered the song over the years, and Deep Purple keyboardist Don Airey speaks about a 1974 cover of the song by Professor Longhair in a video clip previewing the tune.

“I’m supposed to say it’s a song I always wanted to do since I was a child, but at the same time it was quite new to me. I didn’t know the original very well, but I knew Professor Longhair’s version, which is the one that inspired my arrangement,” Airey says.

He adds, “I just love the whole thing, that style of piano playing…Very, very hard to replicate. It was a bit of a challenge. And when it came back from the other members of the band with all this other music on it, I just thought: ‘Wow, that worked out. What an insane arrangement!'”

David Coverdale says he believed his career was over when he wrote the Whitesnake classic “Here I Go Again” in 1981.

His first marriage was disintegrating, and relations with his bandmates were breaking down. At the time, Coverdale was living in a small, rented apartment while he and his then-spouse slept in separate rooms. He was also feeling low about turning 30.

“As I was writing ‘Here I Go Again’ … about the breakdown of my first marriage, inconsolable, rat-arsed on white port and lemonade … I thought: ‘The party’s over,’” Coverdale tells the Independent. “In those days, nobody thought [Mick] Jagger would still be touring at 78! Are you kidding? These guys keep raising the bar, the bastards!”

“Here I Go Again” stalled at No. 34 in the U.K. upon its initial 1982 release and didn’t chart in the U.S. at all. Coverdale’s label urged him to release a new version five years later, and “Here I Go Again ’87” became a transatlantic Top 10 smash. “I wasn’t impressed, but it worked out,” Coverdale recalled. “It was Geffen who convinced me and thank God they did because that does help with the mortgage!”

An iconic music video featuring the late Tawny Kitaen played a big role in the song’s success. She wound up briefly married to Coverdale after they met on the set.

“There was delicious eye candy in there, but we put Tawny in stylish environments and never utilized her as other rock bands were doing with ripped stockings and what have you,” Coverdale said. “It spread over the world to the point that whichever hotel suite I walked into and turned the TV on, nine times out of 10 it was on MTV and seven times out of 10 Tawny was doing cartwheels across two Jags. It just went absolutely nuts, and it continues to be.”

“Here I Go Again” re-entered the charts following Kitaen’s death in May, three decades after the former couple last spoke. “I’ve been involved with my wife, and raised a son,” Coverdale said. “I was very sad, and I sent my condolences to her family. I was under no illusions. It wasn’t like: ‘Oh my God, we’ve got another hit.’ It was: ‘Thank you, Tawn. That was a nice parting gift.’”