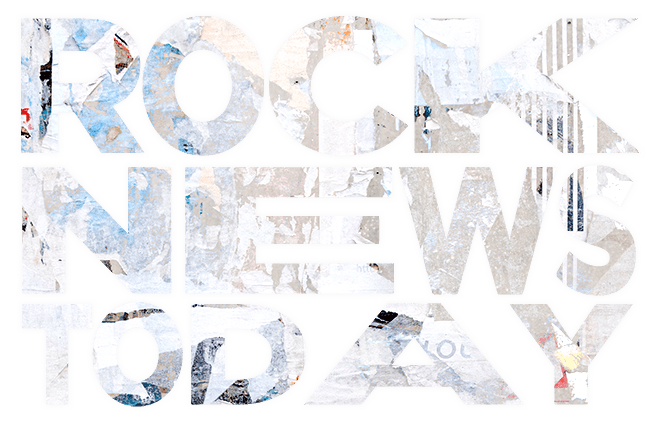 After blazing through an assortment of his original material – including Your Love is Driving Me Crazy and Three Lock Box and Van Halen covers, including Good Enough and Run Around, Hagar brought Ford onstage first for Rock Candy, and then later in the set for Led Zep’s Rock and Roll.

Armed with a Strat-style B.C. Rich electric guitar, Ford can be seen in new fan-shot footage cruising through both track’s selections of crunchy riffs, and trading leads with The Circle guitarist Vic Johnson.

The Whole Lotta Red Hot channel will showcase music from the band’s lengthy career, including their vast catalog of energetic live performances, genre-blending studio tracks, and a vast selection of music personally curated by the band.

Listeners will also hear the Chili Peppers’ unique array of musical influences, with music selections ranging from rockers such as Fugazi, Iggy Pop and Dead Kennedys to funk and R&B from Prince, Stevie Wonder and Parliament Funkadelic.

The new channel will feature the band sharing insight and stories from four decades of albums and songs.

Additionally, Whole Lotta Red Hot listeners will hear a classic live concert from the band’s archives each month, beginning with a never-before aired 2006 concert from The Forum in Inglewood, Calif. – exclusively shared with SiriusXM. The concert will broadcast on Friday, April 1 at 6:00 pm ET and PT.  Whole Lotta Red Hot will launch on Friday, April 1 at 12:00 am ET on SiriusXM channel 315 and on the SXM App.

In celebration of the channel and the band’s new album, the Red Hot Chili Peppers will perform at the world-famous Apollo Theater in New York later this year as part of SiriusXM’s Small Stage Series.

The special invitation-only concert for SiriusXM subscribers and Pandora listeners will mark the first time that the band has performed at the iconic venue. The concert will air nationwide on the Whole Lotta Red Hot channel.

“Our only goal is to get lost in the music. We (John, Anthony, Chad, and Flea) spent thousands of hours, collectively and individually, honing our craft and showing up for one another, to make the best album we could. Our antennae attuned to the divine cosmos, we were just so damn grateful for the opportunity to be in a room together, and, once again, try to get better. Days, weeks, and months spent listening to each other, composing, jamming freely, and arranging the fruit of those jams with great care and purpose. The sounds, rhythms, vibrations, words and melodies had us enrapt.”

“We yearn to shine a light in the world, to uplift, connect, and bring people together. Each of the songs on our new album Unlimited Love, is a facet of us, reflecting our view of the universe. This is our life’s mission. We work, focus, and prepare, so that when the biggest wave comes, we are ready to ride it. The ocean has gifted us a mighty wave and this record is the ride that is the sum of our lives. Thank you for listening, we hope you enjoy it and tune in to our new SiriusXM channel Whole Lotta Red Hot.” – Red Hot Chili Peppers.

“Through the decades, the Red Hot Chili Peppers have been the rarest of rock bands, blending multiple musical genres and artistically pushing well beyond their early days of alternative rock, to reach a worldwide audience,” said Scott Greenstein, SiriusXM’s President, and Chief Content Officer. “We are excited to bring our subscribers this special channel, created with the band and delivering a unique audio experience for all Red Hot Chili Peppers fans.”

SiriusXM is available to subscribers in their car or streamed on their phone and connected devices at home with the SXM App. Streaming access is included with all our trials and most popular plans. Go to www.siriusxm.com/ways-to-listen to learn more.

On Friday, the Who returned for their first post-pandemic performance at the Teenage Cancer Trust show at London’s Royal Albert Hall. It was an acoustic band set, with the group performing mellower versions of hits from across their career, with a few oddities and deeper cuts thrown in too. One of those was a song that isn’t even a Who song.

Towards the end of the set, Pete Townshend took a moment to introduce “Let My Love Open The Door” — a track from his 1980 solo album Empty Glass, which the Who had not performed since 1989. “This next song is definitely not a Who hit, it’s a Pete hit,” he quipped, before also mentioning that it was used in The Adam Project, and perhaps sardonically referencing his spike in Shazams from it.

Like “Eminence Front” earlier in the set, Roger Daltrey took lead vocals on a song originally sung by Townshend. Watch below.