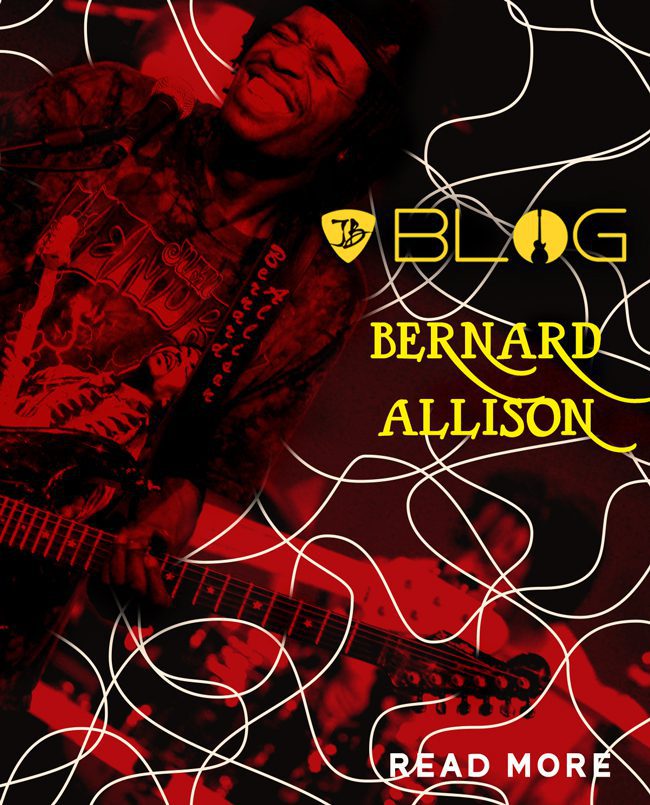 Coming from a legacy of traditional Blues, Bernard Allison has stepped up to the challenge by being a blues prowess. Especially when it comes to playing the guitar. Also proving that the apple didn’t fall too far from the tree.

But while he tips his hat to the past, he’s also taking what he’s learned along the way and forging his own path towards the future with his own mixture of influences. Just like his father before him, he’s hitting the road and doing what he loves to do. Which is playing music!

His Childhood Growing Up

Growing up, he had a unique childhood that includes accompanying his father to Blues festivals in the 70s. Even more, he’s introduced to the likes of Muddy Waters, Hound Dog Taylor, Albert King and many more. Furthermore, he taught himself how to play guitar when he was 10 years old when he receives a guitar from his brother. At age 13, he’s recording music with his dad. He learns to play everything by ear. Needless to say, he got properly schooled when it came to the blues and helping him jumpstart his career along the way.

In 1985, he starts his own band “Bernard Allison and Back Talk” and for awhile, tours with Koko Taylor right after he graduates from high school and becomes the bandleader for her band,”The Blues Machine”. Later moving on to being the band leader for his father from 1989 to 1991 before making the decision to go solo.

Below is a moment in time where Bernard is performing with Stevie Ray Vaughan, at Duff’s Rooftop in Peoria Illinois on 12/13/1986 a rough quality video but you can still see some amazing moments! Two great bluesmen doing what they do best…Playing the Blues! I’m sure there was a packed house of crazy blues fans adding to the mix.

Although he can do a lot of different guitar techniques when it comes to playing, it’s obvious that his influences are the likes of Stevie Ray Vaughan, Johnny Winter, Jimi, Albert King, and of course his father. For someone that’s self taught, it’s really cool to see him live and to watch how great his abilities are on the guitar.

Whether finger picking, playing the slide, face melting blues, or just going with the flow. He kicks ass while bending his guitar strings to extremes and making them cry out for mercy! Check him out live @ Zappa, Tel-Aviv

“In order for anything to expand, you have to take a risk,” says Bernard. “Blues is about experimenting and getting your feelings across to someone else. And if you want to keep it going, people are going to have to give it all a chance because we’re losing all of our creators.” – Bernard Allison

Songs From The Road

Allison’s 2020 release, “Songs From The Road” is a live snapshot so raw and real that hearing it feels like hanging off the security barrier of Dortmund’s Musiktheater Piano club when Bernard and his crack-squad band hit town last October 23rd. A live album that’s guaranteed to please! “I actually prefer live performances,” says Bernard, “because you can communicate and interact with the audience. I basically feed off of that energy, combined with my group’s talent and personalities.”