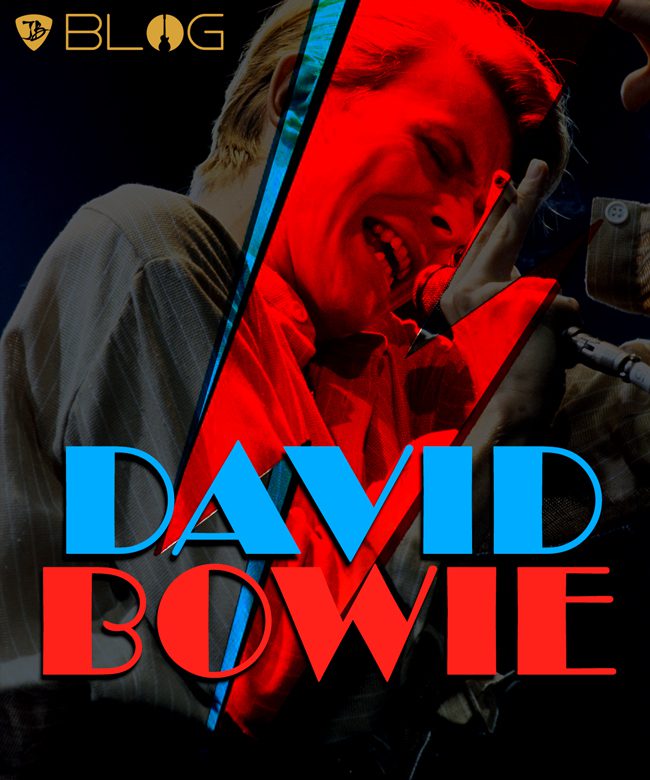 While some may call David Bowie a musical chameleon, adapting himself to the latest trends, I think otherwise. I like to think that he had the perception and vision to create the latest trends. He had a linear path as to how he saw the world. Especially at his peak in the 70s by meeting the right people at the right time to help him to accomplish the ideas he had.

David Bowie knew from an early age that he wanted to be a pop star. So, the decision is easy while getting there was a little harder. Even though he played in several early local bands that provided him an exciting look into the world of pop and mod, he decides to go solo.

Fast forward to 1969 when he makes it on the music charts with Space Oddity. Which peaks on the UK charts at #5. Besides performing music in the late 60s, he also explores other theatrical aspirations such as mixed media, cinema, mime, acting and finding spirituality in Buddhism.

The Man Who Sold The World is the first David Bowie album recorded as an entity unto itself. As well as the tipping point or defining moment of “over the top” creativity to come. David Bowie set aside his pop and singer-songwriter aspirations and heads into a heavy-rock direction.

You have Mick Ronson’s heavy blazing guitar sounds up against Bowie’s obsessive dark side as a front-man. Furthermore, among some critics, it’s one of his best and most challenging masterworks. While still being a pivotal album for Bowie. As well as still being quite relevant today.

Hunky Dory, which starts out as a six-song demo gives us the track Changes and Life on Mars. Next comes The Rise and Fall of Ziggy Stardust and The Spiders from Mars a record without which any Greatest Albums of All-Time list is simply incomplete.

1972 “Top of The Pops” appearance on July 6th is where Ziggy first materializes in millions of unsuspecting living rooms performing Starman, the album’s lead single. This is the performance that turns Bowie into a star, embedding his Ziggy Stardust persona into the nation’s consciousness.

While 1972 is a special time for Bowie, he also took the time to serve as a producer on two other classic albums. The first being Lou Reed’s Transformer which spawns the hit Walk on the Wild Side. Also, the glam fusion of Raw Power by Iggy & The Stooges.

Furthermore, this friendship leads to further collaborations between Bowie and Iggy Pop. The outcome is Bowie producing Iggy’s The Idiot and Lust for Life. The former featuring China Girl, which he and Pop co-wrote and later (re)appears on Let’s Dance. As if this wasn’t enough, Bowie produces Mott the Hoople’s All The Young Dudes, for which he wrote the hit title track. 1972 is a busy year!

While we could sit here and discuss the vast amounts of artistic endeavors and albums that Bowie was able to accomplish in his lifetime. Most of us fans have our favorite “Bowie” moments. We recommend that you check out the books that are available or check out his app. David Bowie was a magical person on stage and his performances were dramatic and hypnotic. His charismatic personality on stage left his fans wanting more.

Saying goodbye to a Legend

David Bowie would, like Major Tom, go on to explore the frontiers and farthest horizons, of music, not space. His passing was an immeasurable loss. On January 10, 2016, David Bowie died peacefully surrounded by his family after a courageous battle with cancer. His body of work, multi-generational influence and legacy of fearless innovation and endless reinvention will live on forever.