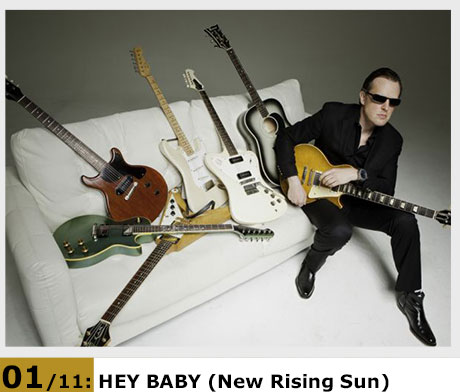 "I'm starting off with some Hendrix.This is from Rainbow Bridge, although I think he might have played it at Woodstock, as well. I knew it already, but one day Kevin played it for me, and I was like, 'Man, that's so cool. We should open up the record like that."

"We just did a little blast of it. We wanted to fuck with people's heads, have a little fun with the naysayers who bitch and moan that all I ever do is covers. So I just give 'em a bit of a Hendrix cover right away. In any event, it sounds good, and it sets up the next song, Oh Beautiful, really well." 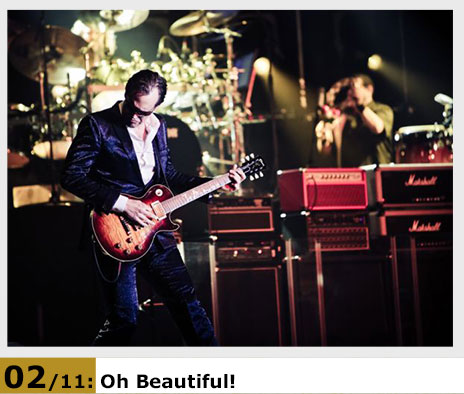 "It was one of the last songs we recorded. When I listened back to the crappy demo I'd made for it, I said, 'All right, that's it. We've got the record now.' I always wanted to write an a cappella number like Oh Well or Young Man Blues, so this is sort of in that vein. It harkens back to real traditional blues, and then it just goes nuts.

"I wrote it with James House, and he helped me with the lyrics. He didn't really get the structure at first, so it was like, 'You want to do an a cappella verse. Is there a chorus?' 'No.' Is there a bridge?' 'No.' 'Well, there's a little instrumental thing - what happens after that?' And I said, 'Well, you leave that to us' - knowing full well how the thing would pan out. It would be three minutes of soloing, a verse again and there you go.

"So it's two verses, one on repeat, and a big ol' solo in the middle - we go into the full-on Zeppelin/psychedelic thing. We did three takes of that, with the last solo on a Tele. I think the song is one of the stars on the record - and a superstar live. You start out with Delta blues and then go into outer space or something." 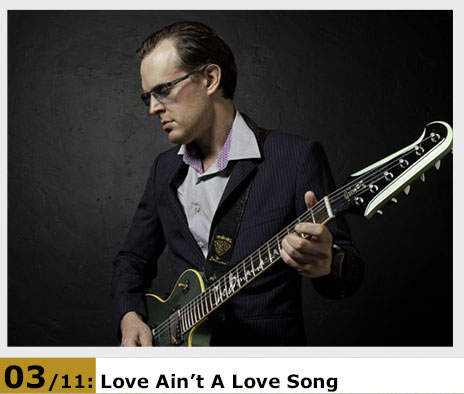 "I wrote it with Jerry Flowers. I kind of had the verses done, and I had the feel. Those guys added the chorus and the structure. It's pretty funky. It's a cool tune to do live, too.

"I engineered the drum solo, but that was really so I could take a break. [Laughs] The horns are great; every time I have horns on a song, I marvel at how much punch they add. I played the solo on the original '63 Strat that I bought when I was a teenager. I put it through Dumbles and a Marshall Silver Jubilee." 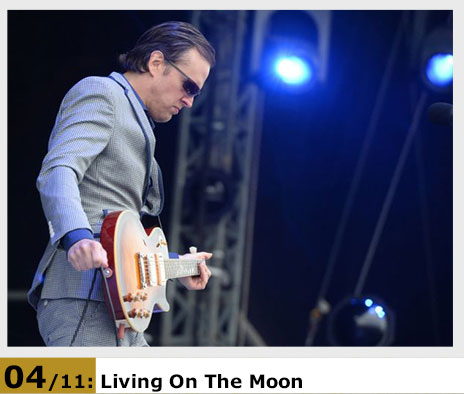 "James House had the title and the lyrics. I think it was my idea to put it into a shuffle format. I'll be honest: It's so hard to write a shuffle, especially a good one. They've been done so much - where do you go with it? How do you make it sound different, you know?

"We came up with a cadence that seems to go somewhere new. I think it works. Working with James and the other guys, we were able to rub off on one another. They dug the fact that I didn't want to write a bunch of Rascal Flatts tunes. I was like, 'Hits? I don't even know what that means.' I just said, 'Let's write some blues. I don't care if its 10 minutes long. Let's see where we go with it.' They loved that.

"The Nashville guys are in such a hit-oriented business, especially now, so when a blues kid comes down and wants to do some stuff, they're like, 'Great. We don't even have to think about a hit.'

"I used a '54 Les Paul along with a 1963 brown Deluxe and a matching reverb tank - a great combination. That Deluxe is like the 'little amp that could." 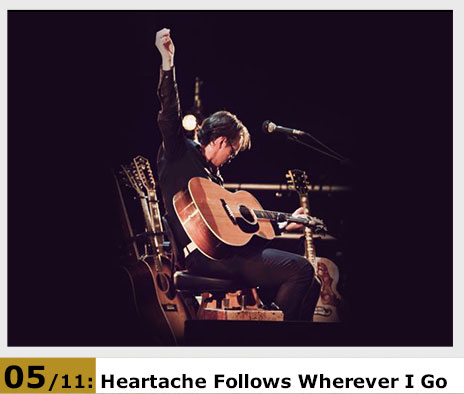 "I tried to write a song like Robben Ford might - really gutsy stuff, you know? It started from this riff I had, and again, I wrote it with James House. He's so good with lyrics. He had these words, and I had this minor-y thing going on, so we sat down and wrote it in 10 minutes.

"I played my live rig on this one - the Dumbles and the Silver Jubilee. I used a wah on the solo, which I don't do a lot. I believe in being very sparing with things like a wah, because most people overuse it like crazy. You just want to shape notes a little bit, you know? Almost like you're singing. You don't want it to be just another exercise in wankery." 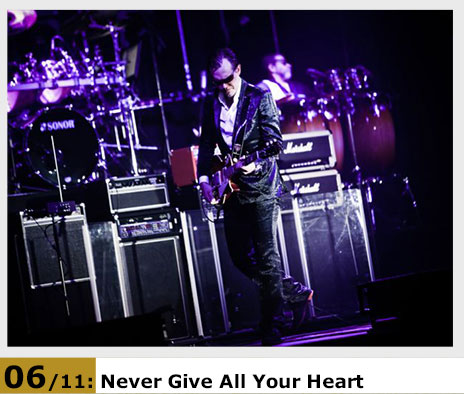 "I wrote it with Jonathan Cain. He's a really deep musician, but you know, he gets typecast. People think he just does one thing because he's in Journey or whatever, but he's really got so many sides to him.

"We wrote this song to harken back to the Free days. I really dig it. It's the only solo I overdubbed on the whole record. I just couldn't sing it and play it the whole way through and get the kind of performances I wanted. I worked out the sound that I needed for the solo - a '59 Les Paul through a Bluesbreaker combo - but it didn't necessarily lend itself to the song itself, so I opted out of the live solo thing." 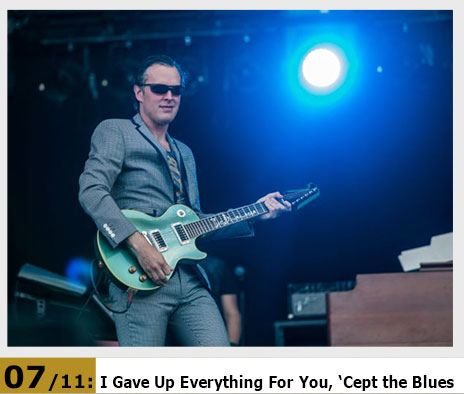 "The day I was writing Love Ain't A Love Song, I had two other writing appointments. We had an extra half hour between one of them, so Jeffrey Flowers said, 'Hey, let's write a shuffle, some down and dirty blues.'

"We had been discussing how, as you get older, you start giving up stuff. Jerry told me that he gave up meat, gluten, booze, you name it. I was like, 'You ain't havin' no fun at all.' Of course I should talk - I gave up cigars and scotch and hard living. But that's the way it is. When you're flirting with 40, you can't roll like you did when you were 25. So we had this great title, and we took it from there.

"The blonde Strat is on this one; it's going through the tweed Twin. I just love those Twins." 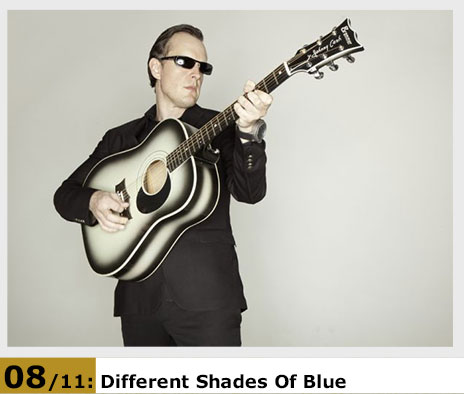 "That's a Guild 12-string acoustic, a Strat and a Les Paul. A lot of overdubs. James House had this song pretty much all together. I didn't do a whole lot on it - I don't even know what I get credit on it.

"James had the structure and the title. The second I heard the title, I said, 'Man, that really suits me.' And it just seemed like an album title. I'm a blues artist, but here I'm taking things a bit here and there. It works." 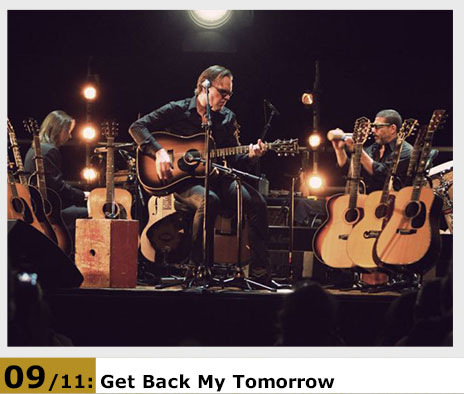 "A lot of Europeans like this song. I wrote it with Jeffrey Steele and Jerry Flowers. It's a cool tune. It started off as Jerry's idea, and it was good, but I had to steer it in more of a blues direction.

"There was a pre-chorus that I cut out. I had to get it down and dirty, and pre-choruses always get in the way. Blues singers don't like pre-choruses - they turn everything into pop music. We like one chorus; we like the third verse to be the same as the first, so we can drink and sing without having to remember too many words; and we like to have plenty of room to solo. There you go.

"I used my '58 Goldtop with a Bigsby on this. I got that guitar from Brian Setzer, actually. Some people are making a big deal about me using a Bigsby, but you know, I like a five-speed transmission every once in a while. I can't play a tremolo on a Strat because I'm afraid of breaking the bar off, but you don't have any worries with a Bigsby on a Goldtop. Thing's on nice and solid." 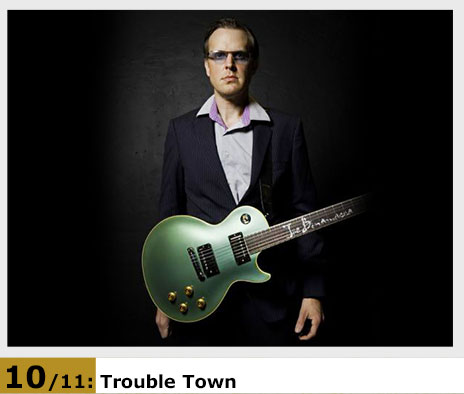 "Great drum opening - Anton's so amazing. I worked with Gary Nicholson, the great lyricist. I had, like, three ideas for a song, so I made this demo and played it for Gary. He really liked this one riff. It was tuned down and all kind of messed up. He sat down and started writing. I had never worked with him before, so I had no idea what he was doing - I thought he was typing on Facebook or something. Then he showed he a verse, and I was like, 'Wow, that's great.'

"There's some cool horn hits. Those were written and added later, after I cut my stuff. Lee [Thornburg] is so good at that. I got a killer sound on the solo. It's just a slide on an old Goldtop tuned down, and that's going through the Deluxe. Get that combination going and you're bound to come up with something." 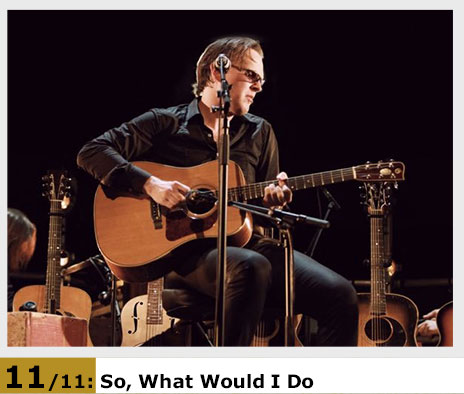 "This was kind of a weird thing. I always heard it as instrumental, you know, a Cornell Dupree song; I had no idea it was a Ray Charles tune. I guess I might have thought, 'Yeah, that sounds a little like Ray,' but I just didn't know.

"So what do I do? I started writing lyrics to it as a tribute to Cornell Dupree, and then I found out that the Ray Charles tune already had lyrics. I stuck with my lyrics and decided to make it a tribute to both of them. Mine is called So, What Would I Do, and theirs is What Would I Do Without You. It was just a little musicology misstep. You can't know it all, right?

"The strings sound great - the Bovaland Ochestra. I always heard the song as being in the middle of the album, but Kevin put it last. It works. It's a nice closer."

"I played my live rig on this one - the Dumbles and the Silver Jubilee. I used a wah on the solo, which I don't do a lot. I believe in being very sparing with things like a wah, because most people overuse it like crazy. You just want to shape notes a little bit, you know? Almost like you're singing. You don't want it to be just another exercise in wankery."

This article credit to: MusicRadar.com 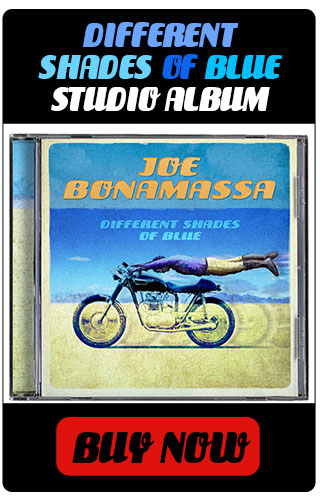 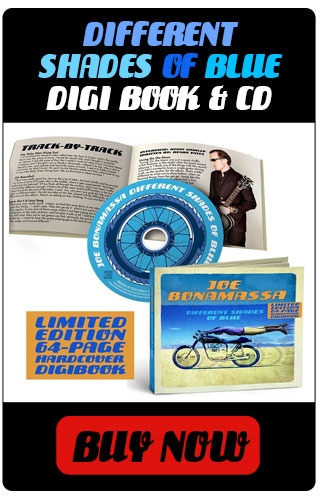 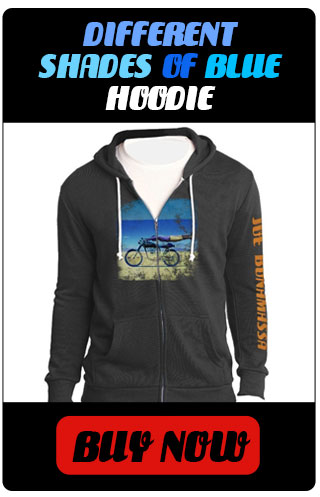 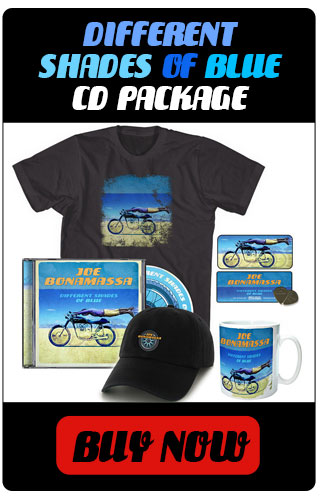 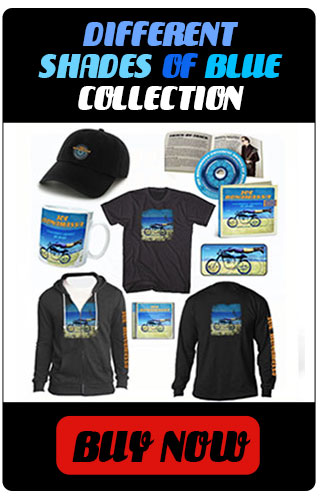