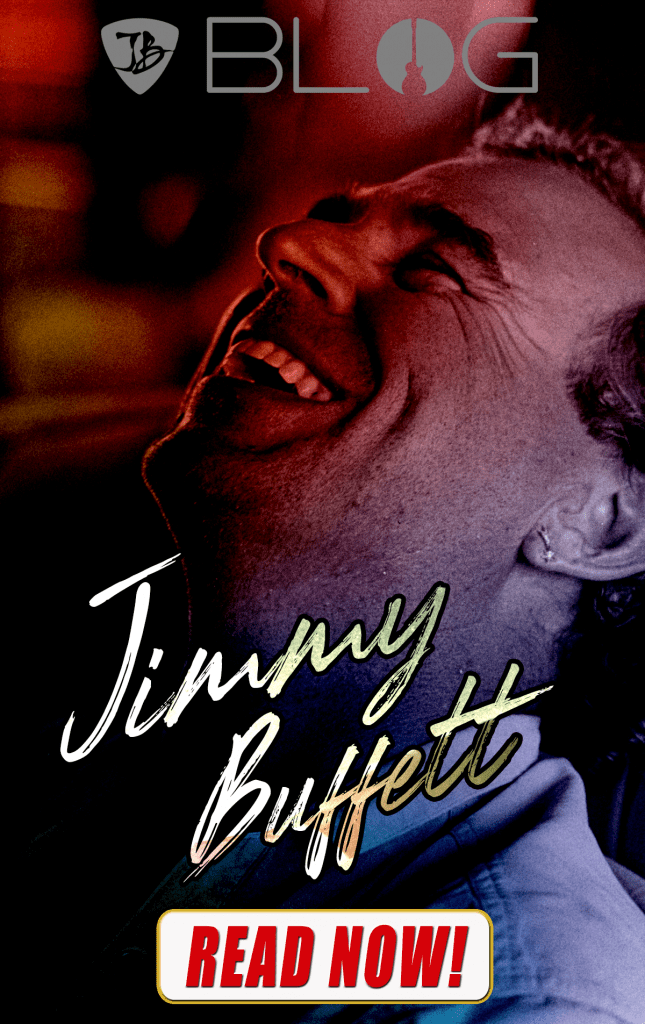 Jimmy Buffett is an equal opportunist. Not only did Buffett create a musical empire, but he also created a “state of mind.” Margaritaville is no longer just a song but now a hotel chain, Tequila brand, casinos, various real estate and a musical.  Furthermore, He has accomplished a lot for a musician over the years. He’s also one hell of a songwriter!

Lastly, Buffett has paid his dues and conquered a lot to get to where he is now. To this day, he’s still touring, performing and helping people learn to relax and be in the moment.  Furthermore, he doesn’t seem to be quitting anytime soon. While the world is currently in a chaotic mess at the moment, we decided to give a shout out to this wonderful musician. So, sit back, relax, grab some cold beverages and enjoy some Jimmy Buffett music!

Jimmy tells the story of the song, “A Pirate Looks At Forty” The real pirate’s name was Phillip Clark. One of the most unforgettable characters I met when I first lived in Key West. Back in the days before it turned into a boutique. When I finished the song, I knew I had done him justice, and it’s a fitting eulogy to an old friend.

He died a few years ago under an alias, washed up on a beach near San Francisco. Afterwards, his body is flown back to Key West where some of his ashes are scattered at sea, and some still sit above the cash register in the Full Moon Saloon.

In addition to being one of “The Big 8” songs,  that is played at every show, this track is off his 1974 album “A1A”.  Before it can get radio play, the song is shortened by deleting the fourth verse for the single.

Other top songs include:

“Margaritaville”
“Come Monday”
“Fins”
“Volcano”
“A Pirate Looks at Forty”
“Cheeseburger in Paradise”
“Why Don’t We Get Drunk” — only played occasionally, as of 2018″‘
“Changes in Latitudes, Changes in Attitudes”

Buffett starts off his music career in Nashville during the late 1960s with the idea of being a country artist. It’s during this time he records his first country/folk album Down To Earth,  in1970. During this time in his life, you would often see him busking for tourists in New Orleans. Fellow country singer Jerry Jeff Walker took him to Key West on a busking expedition in November 1971. Eventually Buffett calls Key West his home and it’s here that he begins his laid back beach-bum persona that he’s known for.

Once he arrived, he started serving drinks at the Chart Room Bar in the Pier House Motel. Following this move, Buffett combined country, rock, folk, calypso and pop music with coastal as well as tropical lyrical themes for a sound sometimes called “Gulf and Western”. So, maybe some Nashville did rub off on him?  To this day he still is a regular visitor to Saint Barts and other islands where he gets inspiration for many of his songs and some of the characters in his books.

Buffett’s third album is 1973’s A White Sport Coat and a Pink Crustacean. Albums Living & Dying in 3/4 Time and A1A both followed in 1974, Havana Daydreamin’ appears in 1976, and Changes in Latitudes, Changes in Attitudes follows in 1977, which features the breakthrough hit song “Margaritaville”.

During the 1980s, Buffett made far more money from his tours than his albums and becomes known as a popular concert draw. He releases a series of albums during the following 20 years, primarily to his devoted audience, and also branched into writing and merchandising. In 1985, Buffett opened a “Margaritaville” retail store in Key West, and in 1987, he opened the “Margaritaville Cafe”.

In 2003, he partners in a duet with Alan Jackson for the song “It’s Five O’Clock Somewhere”. It’s a number-one hit on the country charts. This song won the 2003 Country Music Association Award for Vocal Event of the Year. This is Buffett’s first award in his 30-year recording career.  Buffett’s album License to Chill, releases on July 13, 2004, sold 238,600 copies in its first week of release according to Nielsen Soundscan. With this, Buffett tops the U.S. pop albums chart for the first time in his career.

Buffett continues to tour every year, although he has shifted recently to a more relaxed schedule of around 20–30 dates, with infrequent back-to-back nights, preferring to play only on Tuesdays, Thursdays, and Saturdays. This schedule provides the title of his 1999 live album.

While things have been a little easier for Buffett, that doesn’t mean he’s going to retire. Instead, he’s expanding his horizons. First off if you can’t see him live then check out on his Sirius XM Radio show titled “Radio Margaritaville”.  Buffet also partners in a duet with the Zac Brown Band on the song “Knee Deep”.  It’s released on Brown’s 2010 album “You Get What You Give”. Furthermore, it becomes a hit country and pop single in 2011. Later, he expands on his writing adding several more books under his belt as well as film and television roles.

Buffett owns several bars and has licensed “Margaritaville Tequila”, “Margaritaville Footwear”, and “Margaritaville Foods” which  includes chips, salsa, guacamole, shrimp, chicken, and more. There are also his record deals, And he launches a cooperative project with the Anheuser-Busch brewing company to produce beer under the “Margaritaville Brewing” label called LandShark Lager as well as retail stores in casinos, real estate and “Escape to Margaritaville!”, his musical that has toured all over.

It doesn’t look like he’s stopping anytime soon with the projects he’s working on. While he doesn’t tour as much, he still keeps busy by giving back through various charities he has interest in.