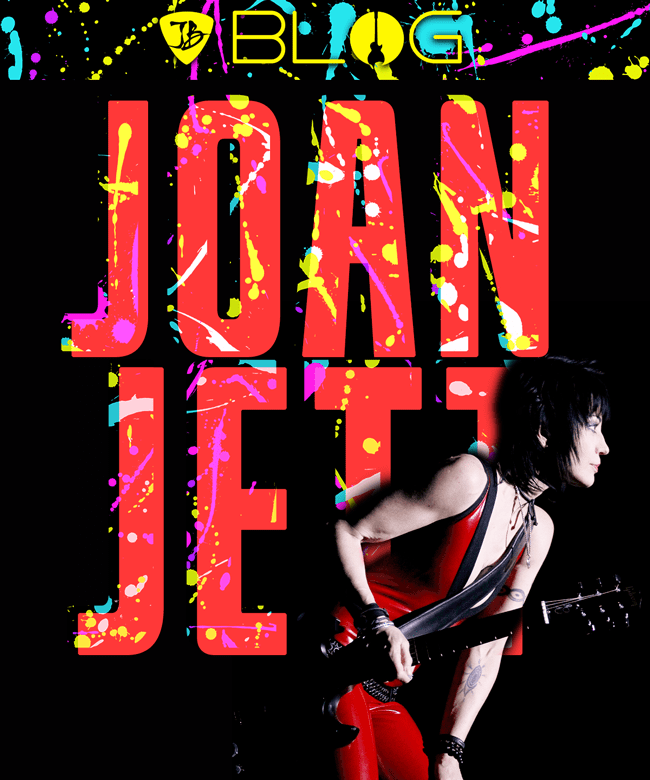 Joan Jett receives her first guitar for Christmas at the age of thirteen. And then, when she goes to her first guitar lesson. Her guitar teacher tells her that girls don’t play rock and roll. As a result, she’s been trailblazing a path for future generations of female musicians. Today at 61, and spending 40+ years in the music industry, she truly is a Rock & Roll Badass while still clad in black and leather!

This “Godmother of Punk” has a reputation for breaking the rules and not apologizing for it. First as a 15-year-old founder of the “Runaways”, the seismic teen girl rockers of the ’70s, then as the frontwoman and guitarist for the “Blackhearts”, her enduring band. Furthermore, in 1980, After rejected by several record labels, she starts her own label called “Blackheart Records”. One of the longest running indie labels that gives a voice to new bands.

As a result of her work and determination, she’s one of the two women on Rolling stone’s list of 100 greatest guitarists of all time – the other being Joni Mitchell. Her drive is to keep playing, no matter the consequences, to this day she still perseveres.

As a Rock and Roll Hall of Fame inductee, she has eight platinum and gold albums and nine Top 40 singles. Including the classics “Bad Reputation,” “I Love Rock ‘N’ Roll,” “I Hate Myself For Loving You,” and “Crimson and Clover.” Jett has acted in movies and television, including 1987s Light Of Day, and in a Tony-nominated Broadway musical, The Rocky Horror Show.

She has appeared on such acclaimed television shows as Oprah (the last season) and Law and Order. Also, for the cult classic movies fans, you get to catch a glimpse of her in Repo The Genetic Opera. Furthermore, for those of you who are WWE Wrestling fans, she performs Bad Reputation at “WrestleMania” for Ronda Rousey’s entrance.

Lastly, you may see her on NBC’s Sunday Night Football theme song, Waiting All Day for Sunday Night“.  Below is an awesome performance of Joan with the Foo Fighters performing Bad Reputation.  Her music has become a permanent force in mainstream culture.

Joan Jett already has plans for 2020 by participating in the Def Leppard, Mötley Crüe, Poison And Joan Jett & The Blackhearts 2020 Summer Stadium Tour – Each of these rock legends will bring their stadium-sized anthems to select US cities this summer.

The tour is produced by Live Nation and tickets are now available on each of these artist websites or Live Nation. This should be an interesting tour to check out!

Joan Jett has spent her lifetime breaking barriers and challenging expectations – this is, after all, a woman who is both a spokesperson for PETA and a devoted supporter of the US Military. She’s fought hard for all of her historic accomplishments, yet she remains humble and appreciative. “I’ve had a blessed career,” she says. “I consider myself so lucky to have been able to do things my own way.”