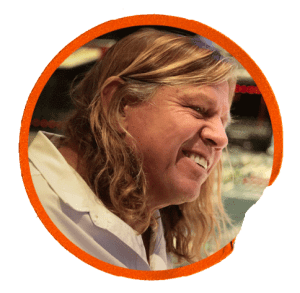 Time Clocks Live is a journey through Time, a journey of growth and the fulfillment of dreams

Any time Joe Bonamassa announces a new album it’s one of the most anticipated albums of the year. In 2020, Bonamassa released Royal Tea, which was voted #1 on Blues Rock Review’s top 20 albums of 2020. Once again, Kevin Shirley joins Bonamassa in the producer’s chair while Bob Clearmountain (The Rolling Stones, Bruce Springsteen) mixed it. Bonamassa recorded the album in New York City.

Time Clocks begins with “Pilgrammage,” an instrumental which leads into the high powered first single, “Notches,” which has a memorable riff and begins the album on a banging note. Bonamassa wrote the track with Charlie Starr of Blackberry Smoke. “The Heart That Never Waits” follows and is Bonamassa’s tip of the hat to Robert Cray.

The title track is unlike anything Bonamassa has recorded and continues his evolution as a songwriter. It seems as though Bonamassa and Kevin Shirley kept trying to push the envelope adding more layers and elements and the result is a pretty unique and powerful track.

The album heads back into blues territory with “Questions and Answers” before “Mind’s Eye” which has a haunting intro that gives the listener a vibe similar to the feeling you get listening to the opening of “Sloe Gin.” “Mind’s Eye”, a co-write with James House, also features one of the album’s standout guitar solos.

“Curtain Call” feels like it would fit right in on a Black Country Communion album and brings a Zeppelin vibe. This is rock music at its best. Speaking of great rock tracks, “The Loyal Kind” is just that. The track is a co-write with Bernie Marsden and features a blistering chorus with a bone crunching riff where Bonamassa belts, “I played a round with those tumbling dice… are you gonna spin around and betray me twice… I knew it all along and I hate when I’m right… I’m asking are you the loyal kind?”

Time Clocks goes back to the blues with “Hanging On A Loser” before wrapping up with “Known Unknowns.”

At this stage, Joe Bonamassa has very little left to prove but with Time Clocks, Bonamassa delivers his best album since The Ballad of John Henry. Bonamassa really digs deep lyrically on this album and it feels more personal. Of course, there is great guitar, but Joe’s songwriting has never been better. From start to finish, Time Clocks is a winner and shows why Bonamassa’s run as the current blues rock king is nowhere near over.