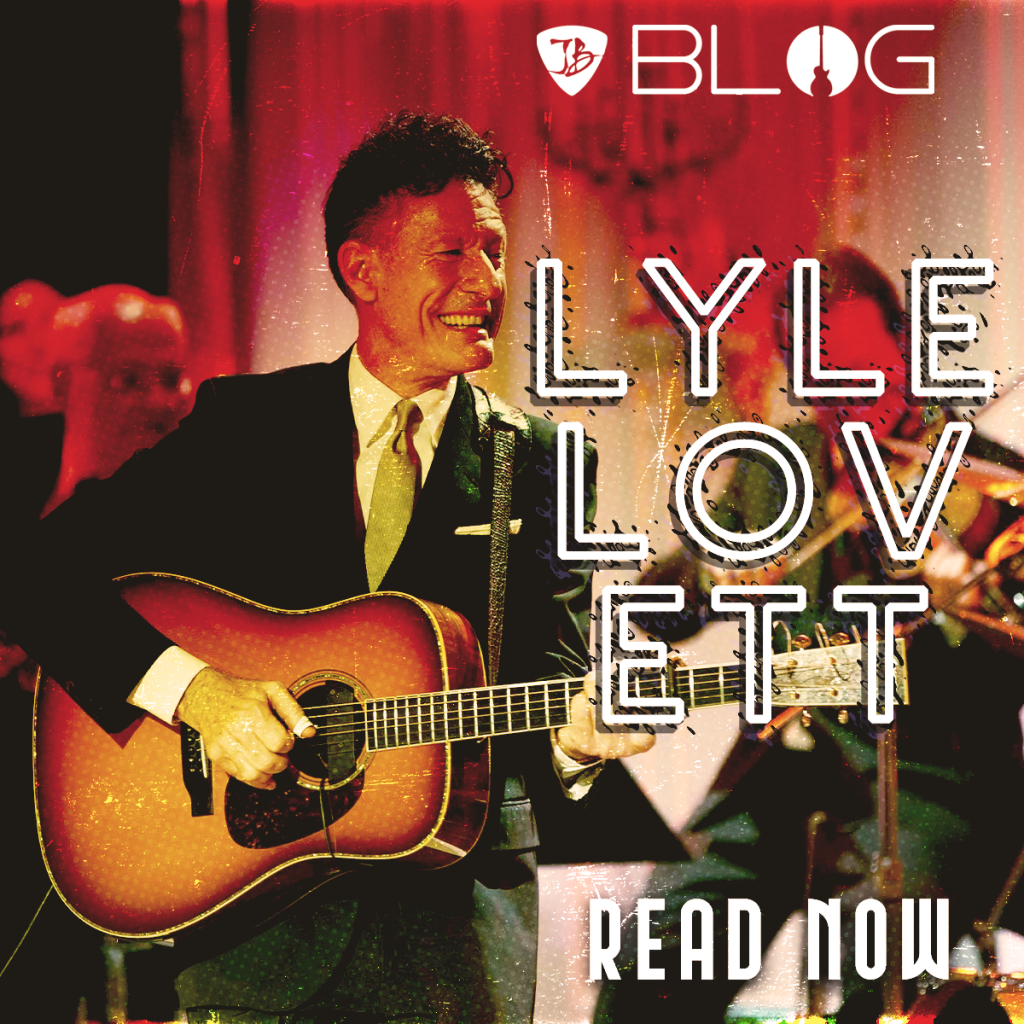 While I didn’t know who Lyle Lovett was at the time, I went with a friend to see him perform. Honestly, I didn’t know what to expect. Besides being a tall lanky guy that walks out, quickly introduces himself and then starts playing. Furthermore, I didn’t know what to think but I enjoyed the song and finally he chats with the crowd. At the time he’s pitching the album “Pontiac” and after a few tracks, he loosens up and chats some more. As boring as this sounds, it really wasn’t because he was telling us stories about the songs.

Lyle did an intro to this song where he speaks of how his parents and how they encouraged his dreams. Telling this to a bunch of strangers but to him, he treats us all like we were friends just hanging out. Not only did I love his concert and the stories, but he’s also polite and very witty at the same time.  At the end of the performance, I became a fan.

Growing up in Klein Texas which is just north of Houston, Lyle grew up on a farm with his parents. Both of his parents worked full time, yet they also took the time for him to take guitar lessons, later piano and saxophone which kind of fell by the way. Later he attends Texas A&M University where he studies journalism and then German. But he realizes that music is what he wants to do and maybe make it a career. Starting out in coffee houses, clubs and other college hangouts around Texas. While writing and performing, he decides that he wants to write great songs like his heroes like Guy Clark, Jerry Jeff Walker and Townes Van Zandt to name a few. He played for almost ten years around Texas with help and support always at his side.

His Success And Moving Forward

By 1986, he’s gets a label deal to MCA/Curb. His self-titled debut album was idiosyncratic, to say the least, including both the song covered by Griffith and ‘Closing Time’, as well as a fine song he co-wrote with fellow singer-songwriter Robert Earl Keen Jr., ‘This Old Porch’. With his debut album, it didn’t go over well at first in the United States but was doing well in Europe.

Really, it wasn’t until he releases his second album Pontiac in 1987 that music fans took notice of him and realize that he wasn’t just a country singer. When a reporter asks him “How did you get to here?” His reply, I don’t know but, “I’ve been doing “this” for a long time now. And its what I love to do, so I hope that it works out.”

Winning four Grammy awards and being nominated nine times for other projects he’s done. Also, he’s been nominated for two Country Music Awards as well as NBR awards. Furthermore, he’s gets Inducted into the Texas Film Hall of Fame on March 10, 2006, and his music can be heard in several movies over the years.

Why he’s recognized as a musician, he’s also done some movie appearances and produced records for others. As a pastime, he also shows horses, owns several restaurants called “Fat Lovett Burger” chain. Did some pretty lucrative endorsement deals. Owns a Football Team, and his own brand of Vodka. Lovett even tackles Apparel with western shirts and other things. Plus he’s been pretty savvy when it comes to investing in stocks while still doing music & other projects.