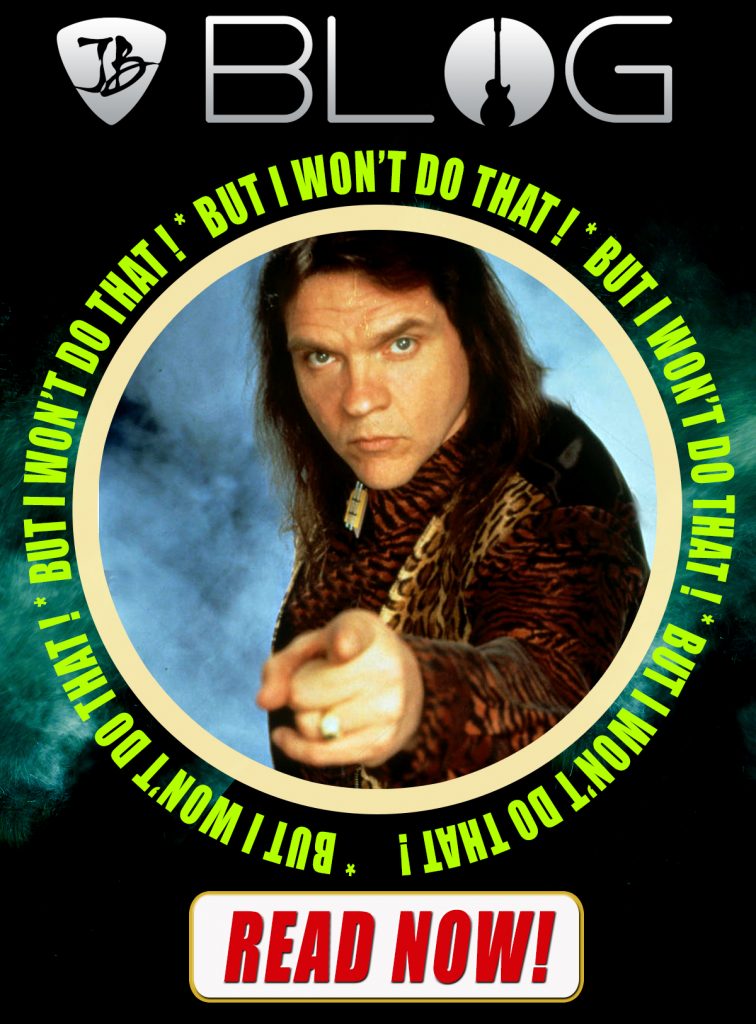 Marvin Lee Aday better known professionally as Meat loaf, is a singer, songwriter, record producer and at times in his life, an actor. He’s also one of the biggest chart acts in the 70’s and still to this day is performing and touring.  He has a beautiful wide-ranging operatic voice that can belt out some of the most intense songs. A lot that are worthy of raising your lighters to the air and yelling “Hell Yeah!”

His success with the Bat Out of Hell trilogy of albums, have sold more than 50 million worldwide.  Even some 40 years later after its release, Bat Out of Hell still sells an estimated 200,000 copies annually. It has also stayed on the charts for over nine years, making it one of the best-selling albums in history.  In 1968, his first band, Meat Loaf Soul, opened up for Van Morrison’s band, Them. Soon after, their band was the opening act for Renaissance, Taj Mahal and Janis Joplin.  He was destined to be a star.

After this, his bands changed and so did the names of them and became Popcorn Blizzard and Floating Circus.  With both bands, they had some success by opening for the Who, the Fugs, the Stooges, MC5, Grateful Dead and the Grease Band. As a regional band, they had some success and was able to release a single, “Once Upon a Time” backed with “Hello”.

It was around this time he was also doing local music theater including Hair. During a stop in Detroit, he and a fellow cast-mate named Stoney teamed to record the 1971 LP “Stoney & Meatloaf” for Motown’s Rare Earth imprint. After a tenure in the off-Broadway production “Rainbow” (In New York), Meatloaf earned a slot in More Than You Deserve, a musical written by classically trained pianist Jim Steinman.

The next several years had their good, bad and ugly moments. Despite this, Meat loaf has enjoyed a commercial renaissance that keeps him on the road still today.  In between, he has been releasing Live performance and studio albums.  As always, keeping himself busy!

Why the name Meat Loaf?  Because back in the day, he had a coach that gave him the name because of his weight. I wonder what the coach thinks of him now.

What is the “That” in his song ‘I’d Do Anything for Love (But I Won’t Do That)?  If you really pay attention, it’s the line before each chorus. That’s what he won’t do for Love. You’re welcome!

Meat Loaf was cast in The Rocky Horror Picture Show, playing the parts of Eddie and Dr. Everett Scott.

What song does he not perform live on tour? Meat Loaf will do anything for love – but he won’t sing it on his new tour, but instead American Idol winner Caleb Johnson is singing this song.

Can we say out-sourcing?