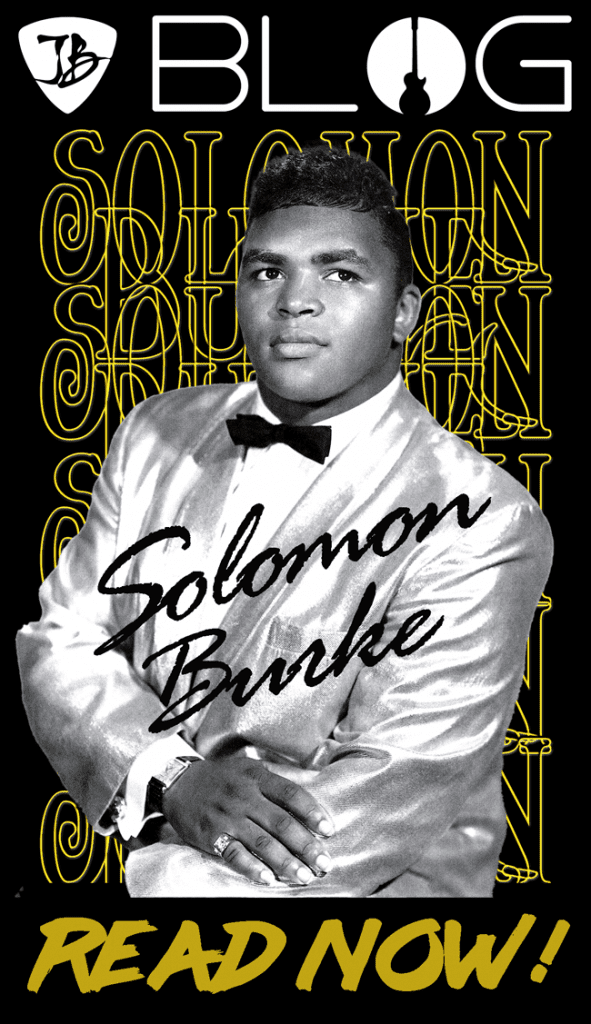 Solomon Burke learned about music at an early age through his family’s church. Also, at an early age he became a preacher and by age 12, he even had his own gospel radio show. He’s definitely a motivated twelve-year-old! But wait, there’s more! Check out “Just out of Reach”, He’ll have to go, and it’s just a matter of time below:

In 1955 he’s already recording music even though nothing on the music side of things is happening for him yet. At least not until the song “Just out of Reach” becomes a hit for him in 1961.

Originally, It’s known as a country song that many country artists have covered. Yet, Burke adds his own magic to it by adding some gospel along with some rhythm and blues. Topped with his emotional phrasing and melodic ballads that made people hang onto his every word.

Was he just singing or was he really taking us all to church? Either way his sound was pretty smooth and welcoming, and it got him the moniker of being an important pioneer in the early developments of soul music.
This song is special as well because not only is it the springboard for his career, but it also shapes the path going forward of how soul music is today.

Furthermore, at one point he also garners the name “King of Rock and Soul in 1964 by a local radio DJ.
Of course, this plays right into what he thought of himself and liked it. So, he then at times would perform dressed up like a king with a crown and a scepter. He even had a throne!

Going back to the fact that Burke was into all style of genres besides R&B and soul, he also at one point wanted to try his luck by playing country and other styles by recording songs with Willie Nelson, Aretha Franklin, Van Morrison, and Gillian Welch to name a few.

Needless to say, he also went through a lot of label changes, constantly touring, and making records, several marriages, was a mortician, had a lot of kids, ran funeral homes, owned drugstores and even a popcorn store. He even had his own food concessions at his venues he performed at.

After all the ups and downs he dealt with, he had the side hustle down to a science. All this aside, what really matters is the music he brought to the table and how learned how to be a true entertainer with a voice that took over a room and inspired many.

Over the years he released 38 albums and 35 singles, was inducted into the Rock and Roll Hall of Fame as a performer. His album “Don’t Give Up on Me” won the Grammy Award for Best Contemporary Blues Album at the 45th Annual Grammy Awards in 2003. By 2005 Burke is credited with selling over 17 million albums. Sadly, he left this earth in 2010 at age 70.