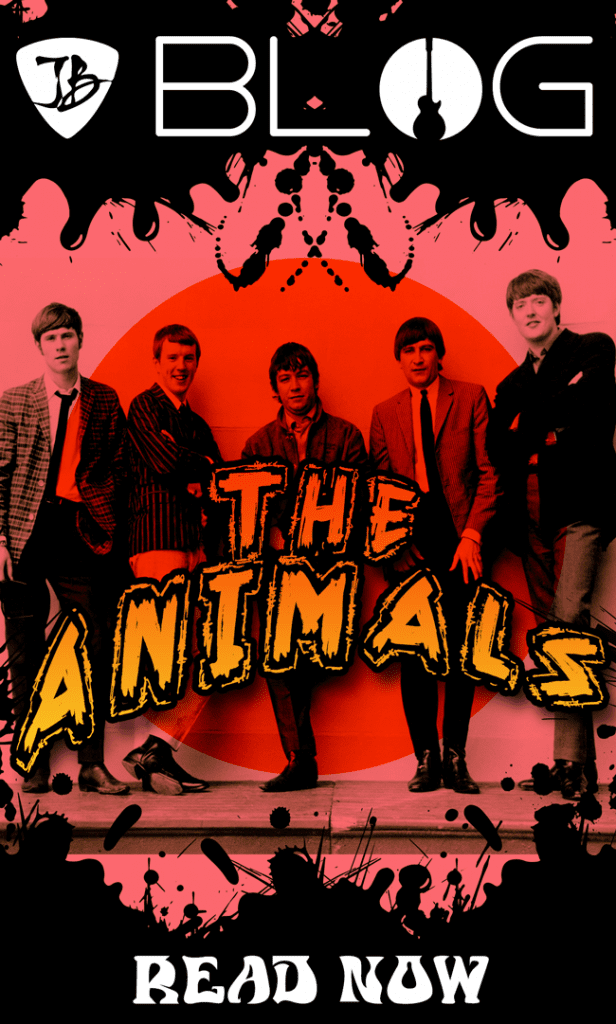 The Animals & Their Many Reinventions

The Animals & Their Many Reinventions

The Animals. So, when I decided to write about this band, it’s because I love their music. The more involved and familiar I got learning about them, I realized wow! This is going to be an interesting blog to take on. Not one to shy away from tackling bands like this, we’ll see how it all comes about at the end. Either way, hopefully there will be some tasty tidbits of information about them and the great music they created.

House of the Rising Sun

While this song, “House of the Rising sun” is truly a unique song. With a guitar riff at the intro that is also easily recognizable. It’s only when you hear the organ playing that you really capture the mood of the song. A very unsettling foreboding quality to it. As a kid, I used to be creeped out about it but after a while of heavy play in our house, I grew to appreciate what a song like this brought to the table.

You truly felt like you were in New Orleans. The song truly makes it easy to visualize what’s going on with this song. Also, you have Eric Burdon’s deep vocals with a distinctive tone preaching out to the people a very sinister tale. As for the house itself it’s either a brothel or prison according to Alan Lomax’s version from 1937.

The Formation of The Animals

Forming in 1962, in Newcastle-Upon-Tyne, England during 1962 – 1963, Burdon joins the Alan Price Rhythm and Blues Combo, the original line-up includes Eric Burdon on vocals, Alan Price on the organ & keyboards, Hilton Valentine on guitar, John Steel on drums and Bryan “Chas” Chandler on bass.

It is suggested that they move to London so that they can gain more exposure for the band. The Animals performances are covers of rhythm and blues. Such as John Lee Hooker, Nina Simone, Jimmy Reed and others. Who knew a church organ combined with rock and roll would become a standard in the late 60s with The Animals, later The Doors, Deep Purple and more.

In October 1964, the group is prepping to make their American Debut on The Ed Sullivan Show. While, also performing at theatres in New York. The Animals sang “I’m Crying” and “The House of the Rising Sun” to a packed audience of hysterical girls screaming throughout both performances on Sullivan’s show. In December, the MGM movie “Get Yourself a College Girl” released with the Animals headlining with the Dave Clark Five. A lot of things are happening for them which is also creating a lot of pressure for them. At this point, Alan Price decides to leave the band due to personal and musical differences. He later has a successful solo career.

Mick Gallagher fills in for him on keyboards for a short time until Dave Rowberry replaces him. They also switch labels to MGM Records to gain more artistic freedom. In 1966 MGM Records releases “The Best of the Animals” and it becomes their best-selling album in the US. In February 1966, Steel leaves and Barry Jenkins replaces him. By September 1966, the original incarnation of the group splits up. Their last batch of recordings releases on the album “Animalism” in November 1966. The Animals made very little money, eventually claiming mismanagement.

Eric Burdon and the Animals

Shortly after, Eric Burdon creates “Eric Burdon and The Animals” in 1966. Instead of playing Blues, they’re now playing psychedelia with an experimental edge.  But even during this group there are change ups and by 1968 they dissolve and go their separate ways. Eric Burdon eventually goes on to form the band “War.” Eventually going solo and releases several albums and is still performing today. There were a few reunions and other incarnations of The Animals along the way as well as disputes over the band name.  In 2008, The original Animals were inducted into the Rock and Roll Hall of Fame in 1994, although Eric Burdon did not attend and the band did not perform.