The Kevin Shirley Albums You Should Definitely Own 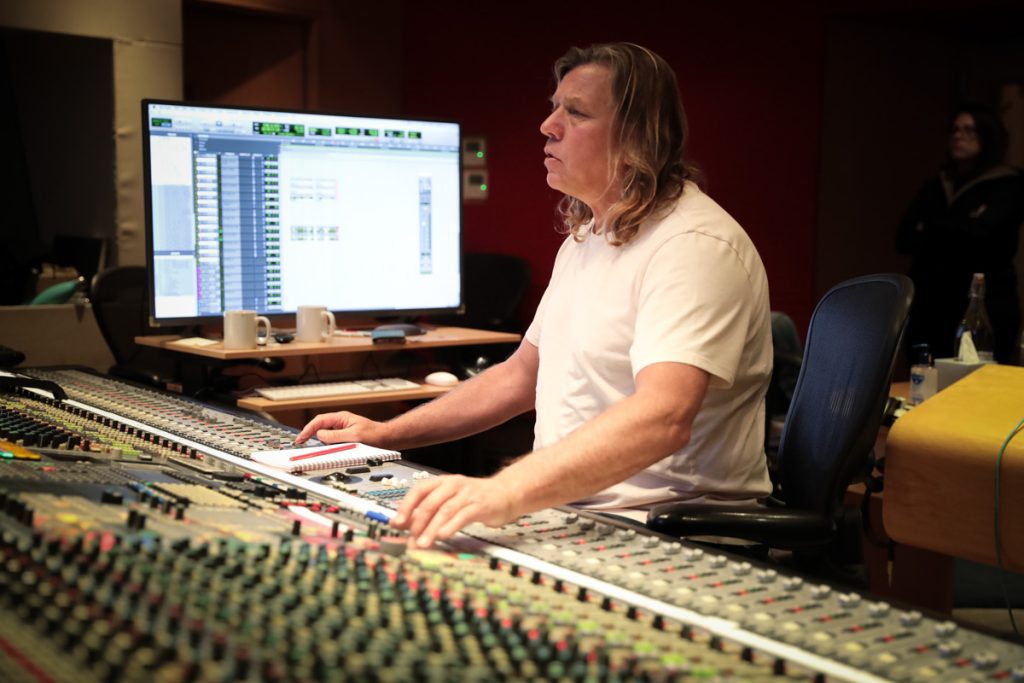 While he’s best known for being Iron Maiden’s producer for the past two decades, Kevin Shirley is the ultimate classic rock sound guru, having worked across hard rock, blues rock, classic heavy metal, and prog.

His love of Deep Purple, Free and Bad Company was the catalyst for his formation of the supergroup Black Country Communion; he’s produced Journey, Aerosmith and The Black Crowes; he engineered and mixed Led Zeppelin’s How The West Was Won live album and their self-titled DVD; he’s produced even more albums for Joe Bonamassa than he has for Iron Maiden.

Nicknamed The Caveman, his Hulk-like figure with unkempt hair has now been hunched over a hot mixing desk for nigh-on 40 years. His background also emphasises his position as the ideal custodian of the classic rock sound.

Shirley, from Johannesburg in South Africa, not only grew up on hard rock, he also played it. He started his career as songwriter, lead singer and guitarist in the Def Leppard-influenced The Council, and self-produced and engineered their debut 1984 album, Rising. Abandoning a potential career as a guitarist, in 1986 he emigrated to Australia to work full time as a producer and mixing engineer for Aussie rock bands such as The Hoodoo Gurus, The Angels and Baby Animals.

Shirley’s big breakthrough came in 1995 with Frogstomp, the debut album from teenage Aussies Silverchair that broke them in the USA, eventually going double platinum. With typical industry hyperbole, the precocious lads were described as either the next Nirvana or Pearl Jam. 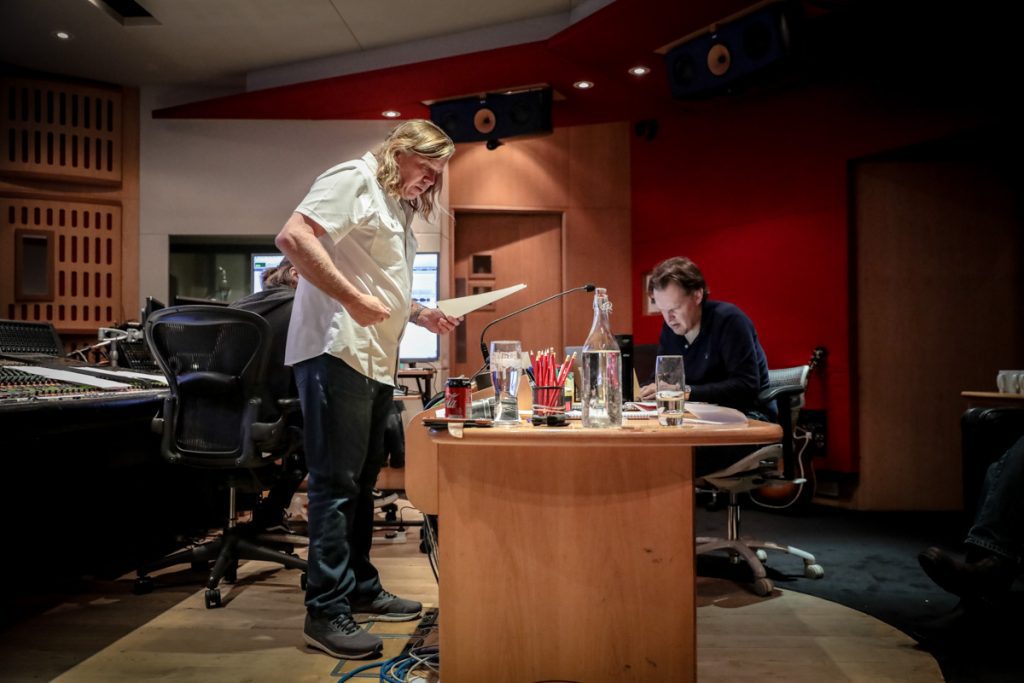 After relocating again, this time to California, Shirley suddenly found himself in demand, and produced albums for Journey, Aerosmith and Dream Theater in quick succession. After Iron Maiden came calling, he began a long and fruitful production partnership with prolific bluesman Joe Bonamassa in 2006, with You & Me.

Much like illustrious producers Martin Birch and Mutt Lange, Shirley recognises the importance of understanding the need for psychology to aid successful production. It’s walking a tightrope between encouraging creativity and acting bad cop when internal band frictions erupt, or prima-donna rock stars get carried away with self-indulgence. But ultimately, with hard rock, as Shirley told Music Radar in 2010, “There are no rules. The band just has to be ready to give me their all, and then we’re fine.”

A stripped-back acoustic affair, the second album that Shirley produced for the blues maestro is the polar opposite of You & Me’s swaggering blues rock. Sloe Gin is also one of workaholic Bonamassa’s most loved albums. Not keen on what he describes as “meandering” studio time, Bonamassa’s album recordings are laid down rapidly. The exhilarating cover of Bad Company’s Seagull is archetypal Bonamassa/Shirley partnership; a perfectly crystallised production featuring standout acoustic guitar playing peppered with sporadic electric guitar flourishes. A flawless audio economy with nothing wasted.

In hindsight, for Maiden Shirley was a natural successor to the late, great Martin Birch. The legendary rock producer did nine studio albums for Maiden, from 1982’s Killers to 1992’s Fear Of The Dark, his last before retiring . To Maiden, Shirley was an unknown quantity for the band’s make-or-break return with both Bruce Dickinson and Adrian Smith. But his work on Brave New World was exceptional, from the classic-sounding Maiden anthem of The Wicker Man to the riff-heavy title track, and the sci-fi influenced Out Of The Silent Planet. Maiden were quickly back on form and Shirley’s future with the the British metal machine was assured.

Shirley formed BCC after being inspired by a performance by Glenn Hughes and Joe Bonamassa. After bringing in keyboard player Derek Sherinian and everyone’s mutual friend Jason Bonham on drums, they recorded BCC’s debut in just one week. Shirley’s preference is to record bands playing together live in the studio, with members sparking off each other creatively, and that approach was key here. Timeless tracks like Song Of Yesterday and One Last Soul showed that during a period when supergroups seemed to be everywhere, BCC were head and shoulders above the rest.

Shirley credits producing the Aussie teens’ debut as his big break, when he truly made his mark. With grunge by now a firm commercial fixture, the timing of Frogstomp by the Pearl Jam-influenced trio of 15-year-olds was serendipitous. With the melodic crunch of Tomorrow and riff monster Cicada, Silverchair held their own alongside older post-grungers such as Bush and Creed. Shirley successfully harnessed Silverchair’s youthful energy and ambition. Lead singer/ guitarist Daniel Johns credited him as a great producer by managing to record them precisely as they wanted: “it sounds exactly like we sounded”.

Shirley was recommended to The Black Crowes by Joe Perry after Shirley produced Aerosmith’s Nine Lives in 1997 (with Shirley put in the impossible position of having to manage the Perry/Tyler feud), for his ability to speak his mind. The producer encouraged the band to return to their roots. He had already remastered second Crowes album The Southern Harmony and Musical Companion for the Sho’ Nuff box set, so he was the ideal choice to handle the band’s fifth studio set. By Your Side worked as a throwback to their earlier material, but also reflected the energy and urgency of the Crowes’ live shows.

A six-year break – Maiden’s longest ever gap between two studio albums – re-energised the band creatively and 2001’s Japanese-themed seventeenth (and sixth produced by Shirley) album even improved on 2015’s enormously successful The Book Of Souls. Following the three-month recording sessions in Studio Guillaume Tel in Paris, Shirley described Senjutsu as the “the hardest record I have made in my life”. But he also rates it his favourite to date. Musically complex and technical, Senjutsu features no less than three mammoth tracks exceeding 10 minutes. The metal album of 2021, it’s a deserved career peak for rock’s leading producer.

Scream, Dracula, Scream!, produced by the band’s singer/ guitarist John ‘Speedo’ Reis, was a major-label-debut smash for the garage punk rockers in 1995 – you couldn’t get away from the persistent single On A Rope – but for follow-up RFTC they failed to capitalise on it as much as Interscope wanted. That said, RFTC is as solidly built as an Oldsmobile. Shirley recorded the entire album with the band all playing live together to recreate the sound of their riotous gigs. At the same time, the album gives the Cramps/Stooges-influenced band a supercharged V8 resonance, polished like a chrome bumper.

Back in 2016, British blues singer-songwriter Joanne Shaw Taylor approached Shirley to produce her sixth album, Wild, while she was still an independent artist, prior to her signing with Sony two years later. Impressed by her professional performance, Shirley agreed, and the album became Taylor’s first to break the UK Top 20. Displaying a light production touch, the passionate Wild Is The Wind, the glorious laid-back cover of Summertime and groove-laden blues rockers Wanna Be My Lover and Get You Back showcase Shaw Taylor’s incredible but frustratingly underrated talent.

To stay on top on all things about Joe, be sure that you sign up for Our Newsletter and Joe’s Social Media Sites to make sure you have the most up to date information.