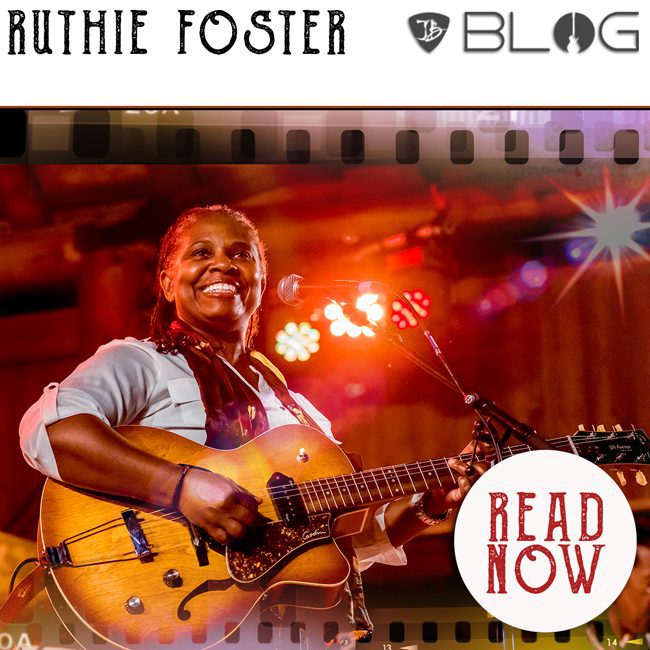 Hailing from the small town of Gause,Texas, she was raised in a family of gospel singers. At an early age she starts to learn to sing at the worship services at the community church. But gospel wasn’t the only music playing in the house, because her father was a huge blues fan and would listen to cassette tapes of Lightnin Hopkins, Aretha Franklin, Ike, and Tina and many more. One thing is obvious here music has always been a consistent part of her life even at an early age. She learns to play the guitar and for her it’s a pivotal moment in her life.

Earning a commercial music degree with an emphasis on vocal performances college allows her to explore all styles of music. Which to this day, you’ll hear her perform all styles of music  such as Blues, Jazz, Reggae, Rock and more!  After college, Ruthie decides that she wants to follow her own path and joins the Navy shortly after. She felt the need to see what the world had to offer her during this time of her life. Not only did the Navy teach her discipline in boot camp. But also respect, to have a good work ethic, and being a service to her community.

Seriously, she already had the discipline down to an art growing up singing in church. For her, the best part of her time in the Navy is discovering her love for performing while singing as the frontwoman of Pride. A band that performs at Navy recruitment drives nationwide. Ruthie’s time with Pride provides a window into all types of cultures in America from coast to coast. After leaving the military, she moves to New York City to pursues a career as a professional musician.

After diving into the city’s vibrant music scene, she became a staple in the folk community and was soon offered a development deal by Atlantic Records. Atlantic envisioned Ruthie as a pop artist. She didn’t agree with them and walked away from the deal instead. She wanted to further explore roots music side of things. She also decides to leave New York and heads back home to Texas her home state to spend time with her family. Finally settling and making a home in Austin Texas.

Her debut, “Full Circle”, releases in 1997 and is followed up by “Crossover” in 1999. The two albums secure Ruthie as an up-and-coming singer/songwriter in the Austin Music Scene and catches the attention of Texas independent label “Blue Corn Music”. Since then she’s recorded seven albums for the label.

In 2020, she releases “Live at the Paramount” which takes you back to the days of when  Lady Ella sang Ellington and Sinatra blasted off with Count Basie and Quincy Jones. The masterpiece was recorded on the night of January 26, 2019 on the 105-year-old stage of Austin’s grand-dame Paramount Theater, featuring the Ruthie Foster Big Band: a guitarist, keyboardist, bassist and drummer, plus 10 horn players, three backing vocalists and one conductor.

Ruthie’s career also reaches beyond her own releases and performances. She has collaborated on stage with artists ranging from Bonnie Raitt to The Allman Brothers to Susan Tedeschi, and has recorded tracks with Warren Haynes, Big Head Todd, and The Blind Boys of Alabama, among others. She’s also been featured both as an actress, with a guest appearance on NBC’s television series Revolution, and as a classical vocalist, with Austin’s prestigious vocal ensemble Conspirare. Yes, she keeps herself busy!

Back On The Road

Like every other artist, the pandemic has closed down a lot of things especially live performances. That being said, it looks like Ruthie will be making up for lost time by touring in July with her first concert in Arlington, Texas. Continuing on till June 2022. Giving fans plenty of time to see how great she is performing live! There are even two cruises scheduled for 2022. So go check her out!

BE SURE, TO CHECK OUT THE OTHER BLOG POSTS