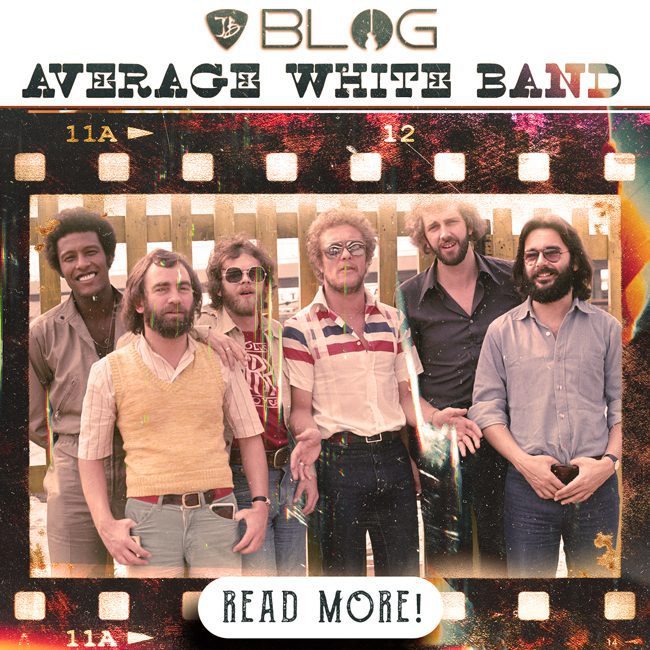 Average White Band – Soul With A Splash of Funk

When it comes to Soul, R&B, Jazz and Funk, The Average White Band has been there, done it and hasn’t stop doing it! To this day, they’re still touring and playing! With member changes here and there. The band is still going strong with its core members that are still alive and keeping the band’s legacy going. Throughout the years, they’re regarded as one of the top Soul, R&B, and Jazz-Funk groups! As well as considered one of the best soul and funk bands in the history of music. Obviously, there are other great Soul & R&B, funk bands still kicking out the jams as well!

But these guys are known for a song that to this day is still played on radio, and probably house parties, jukeboxes in bars, Heck some of us may even remember dancing to it in the clubs during the days of Disco. But I digress…That song is “Pick Up The Pieces.” It’s first releases in the U.K. What I find ironic is that the song releases in the UK in 1974 and it doesn’t even chart! Then, it releases in the U.S. and people love it! So, much so that it peaks at number five on the soul charts. Number one the Billboard Charts.

How They Got Together

Gorrie and McIntyre had been members of “Forever More.” Then McIntyre and McIntosh are perform as session musicians on Chuck Berry’s recording of “My Ding-a-Ling.” Most of these guys played music together in Scotland but eventually would meet up again in London where they happen to see each other again by chance at a Traffic Concert. hanging out and eventually meeting up shortly after. It’s during a jam session that the band finally creates the name – Average White Band.

After playing locally in the U.K., the band gets one of their big breaks as a support slot at Eric Clapton’s comeback concert in 1973. MCA Records releases their debut album, Show Your Hand (1973), which sold poorly. Bruce McCaskill, Clapton’s tour manager, liked the band’s music and agreed to manage them. He borrows money to take them to the US and to promote them.

McCaskill has contacts from his days with Clapton and manages to get Atlantic Records to sign them. So, the band relocates to Los Angeles and releases the follow-up, AWB, better known as “The White Album.” It reaches No. 1 and is the first of many more with renowned producer Aric Mardin.

Their Influences Along The Way

Interesting enough the six piece band takes their instrumental cues from the likes of Jazz greats such as Adderley, Hancock, Sample, Shorter & co., and the soulful influences of Marvin Gaye, James Brown, Al Green, and Stevie Wonder. It’s because they create their own authentic R & B blend, which, with the tongue-in-cheek name, happily surprises both Black and White audiences alike. This uncanny paradox leads to AWB’s early Inclusion on “Soul Train” where their two famed appearances still viewed to this day!

Even Hollywood enjoys this band’s music as well! Which can be heard in movies such as “Swingers”, “Private Parts”, “Superman 2”, “Starsky & Hutch” as well as several television shows. Their singles, “Cut The Cake”, “Queen Of My Soul,” “Walk On By,” “Atlantic Avenue” and “Let’s Go Round” Again had major chart action around the world, album cuts such as “Schoolboy Crush”, “Person To Person” and “I’m The One” are still hailed as ‘essential’ grooves in certain circles and radio stations.

Who They Have Influenced

Well, we can honestly say that hip hop and R&B artists sample their music from Erik B & Rakim, TLC, Ice Cube, Rick Ross! Also, “The Brand New Heavies,” the Beastie Boys, Public Enemy, The Beatnuts, Too Short, Nas, A Tribe Called Quest, Christina Milian, as well as Arrested Development making this band the 15th most sampled act in music history. As of 2020, 48 years after their formation, they continue to perform, tour, and create music! Be sure to check out their social media pages for the latest news and their music streaming sites.