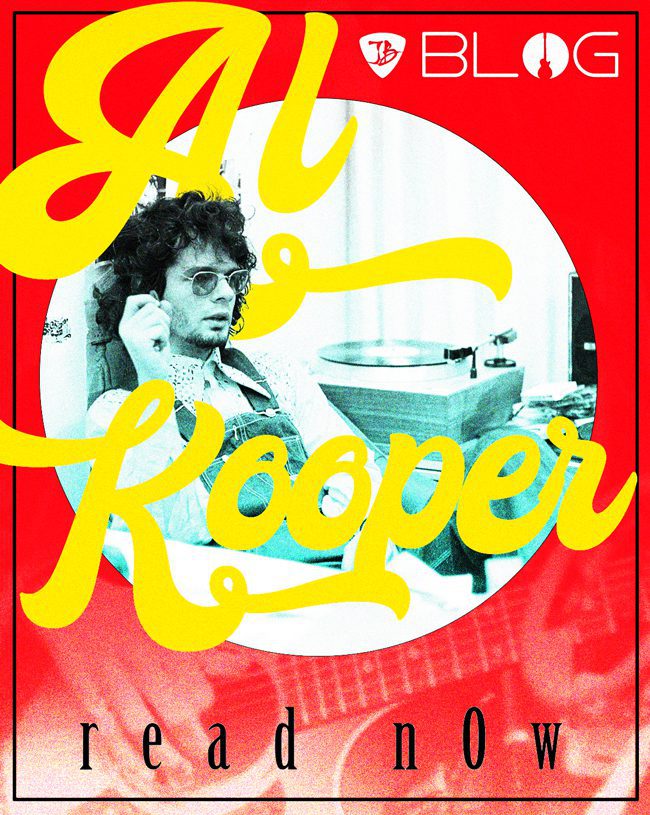 Al Kooper – What Hasn’t he done?

When it comes to writing about Al Kooper (or under the pseudonym -Roosevelt Gook) where do you begin? Seriously, when it comes to music, he’s performed and worked with some of the best in the business. He’s produced and played on many iconic albums. Performing with the likes of Mike Bloomfield, Bob Dylan, George Harrison, Jimi Hendrix, B.B. King, The Rolling Stones, Lynyrd Skynyrd, Ricky Nelson! The list goes on! In fact, many important moments in rock were made possible because Al Kooper.

Then you have the Super Session album that just explodes up the charts and becomes the perfect masterclass for future generations of guitarists. With the incredibly talented Al Kooper, Michael Bloomfield, and Stephen Stills. The guitar work as well as the production on it really is nothing short of outstanding! Over the years, Al Kooper becomes one of the most legendary figures in the music industry for his work as a songwriter, a gifted and versatile musician as well as a producer. Performing on hundreds of albums!

Starting Out – The Earlier Years

Starting out his career as a teenager, he joins a band called “The Royal Teens” sharing the bill with likes of Dion and the Belmont’s as well as many other popular bands performing at the time. Shortly after, he teams up with other songwriters Bob Brass and Irvin writing and recording demons for the Sky Lark Music Publishing creating hits such as “This Diamond Ring” for Gary Lewis and the Playboys, and “I Must Be Seeing Things” recorded by Gene Pitney in 1965.

At age 21, Kooper moves to Greenwich Village in Manhattan. He very proficient when it came to playing instruments – guitar, bass, keyboards, percussion, mandolin and as a vocalist. Why wouldn’t you want someone like this in your band? He’s that good! Needless to say, he found plenty of work when it came to playing music or producing and other things.

Shortly after he gets an invite from record producer Tom Wilson to stop by and hang out and watch a few recording sessions. Luck strikes again when he befriends a guitarist, whose guitar playing he admires named Mike Bloomfield. This is where the planets align, and magic happens! They start collaborating on projects. In 1965, Opportunity knocks again for Kooper when he performs with Bob Dylan. Accompanying him by playing the Hammond organ at the Newport Folk Festival, as well as in the recording studio in 1965 and 1966. Furthermore, playing organ again with Dylan during his 1981 world tour.

A band that forms in Greenwich Village NYC in 1965 and splits up in 1967. Comprised of Andy Kulberg, Roy Blumenfeld, Danny Kalb, Al Kooper and Steve Katz, their music was mostly acoustic blues, sometimes, psychedelic rock, rock and garage rock. The Blues Project’s last performance is at the Monterey International Pop Festival held in Monterey, California in 1967. Kooper leaves the band hanging right before their performance because Kooper is at the festival in the capacity of “assistant stage manager.”

Although they break up during the 60’s, they do come back together sporadically in the 70’s to the present to collaborate on projects here and there. By this time, however, half of the band’s original line-up is gone. Katz left soon thereafter, followed by Kalb. Their music covered a variety of genres while being remembered mostly as one of the most artful practitioners of pop music, influenced as it was by folk, blues, rhythm & blues, jazz and the pop music of the day.  For me, this is their most powerful and moving track.

Also, along the lines of a Jazz rock/fusion, pop rock, R&B, psychedelic rock band back in the day. Giving the musicians more options of what direction, they wanted to go. Very similar to the Blues Project along with a few members from that band as well. They’re also known for their elaborate brass and rock instrumentation and revolving door moments with members. All musical geniuses in their own way. Kooper would only record one album with the group at the time. In 1984, they are active again and touring. Most likely with a few change-ups in the members.

Interesting enough, while Kooper is in Atlanta Georgia producing an album, he would go to bars and check things out. This bar band is playing in a bar he checked out throughout the week. One night he sits in with them and plays guitar and by the 5th night he’s partying with them and works out a possible deal of signing them and producing them. He is so Inspired by them that he starts a label where he produced them and performed on their first three albums. Like I said, there’s not much this guy hasn’t done!

To learn more about Al Kooper and his many projects, I suggest you check out his memoir or check out his web-site and see all the great stuff there including Videos, Articles, Podcasts and more! http://www.alkooper.com/