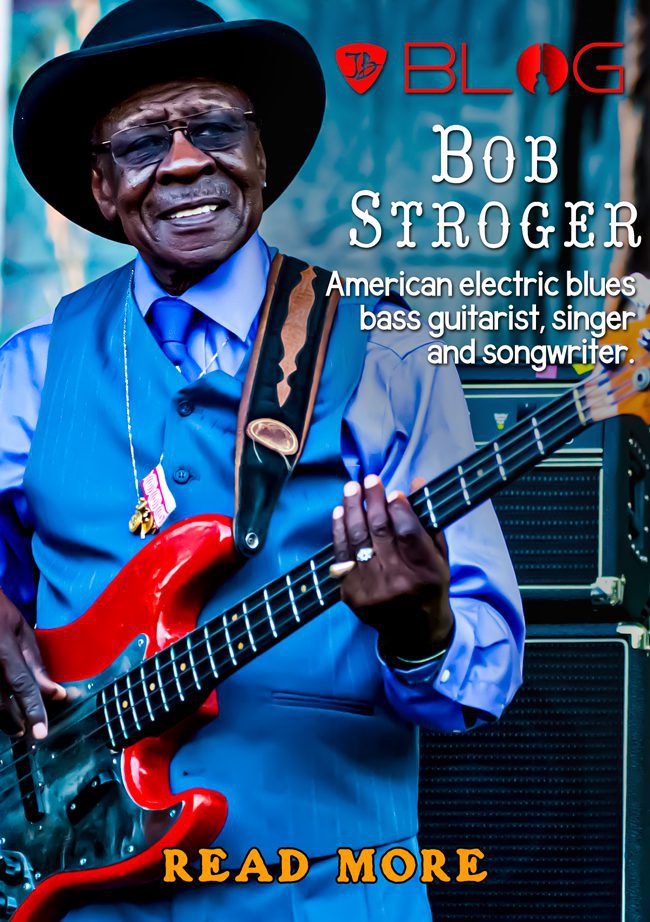 At age 92, he doesn’t seem to be slowing down anytime soon. In fact, after 70 years into his career, he’s dropping a new album – That’s My Name – With The Headcutters! Not even a worldwide pandemic could stop this Chicago blues legend from releasing this new album!

Furthermore, he’s going from being the sideman for so many years to taking the center stage for a change! Adding to the mix is the back-up band the Brazilian-based Headcutters, one of the most renowned blues bands in Brazil. Due to their ‘old school’ style of playing that traces to the historic Chicago blues sound of the fifties and sixties.

In 1955, at the age of 16, his family leaves Missouri and relocates to Chicago, Illinois settling in on the West Side. His family rents an apartment in back of the legendary “Silvio’s” nightclub. Stroger didn’t even have to get out of bed in order to hear the music he’s destined to play. Also, it was not just any night club, either, this one only booked the best players and artists in town! Most of them on tour.

After watching so many artists playing music live on stage including the likes of Howling Wolf and Muddy Waters, he decides that he wants to be a Blues musician and play live music as well! Finding his inspiration from the sights and sounds from the club. To him, it looked like fun and indeed it was for him! Furthermore he’s encouraged to try for a career in music, after being employed driving his brother-in-law to play in a blues band with J. B. Hutto.

After teaching himself how to play the guitar, he forms a band with family members called the “Red Tops”, shortly after the combo becomes Joe Russell and the Blues Hustlers (which is also short-lived). Then doing jazzz with Rufus Forman. But as luck would have it, he has a chance meeting with Eddie King that got the ball rolling when it came to his career! That’s also Stroger on King’s single “Love You Baby” back in the 1960’s.

Doing this steady gig for almost fifteen years before King relocates elsewhere. Afterwards, Stoger decides to take a break for a few years. But again, his luck changes when he’s recommended to Otis Rush, whom he backed in the late 1970s and 1980s. Touring with Otis Rush as well as playing on “Live in Europe” and “Lost in the Blues”.

Besides the other artists we mentioned earlier…Stroger continues to musically pack a punch as an American electric blues bass guitarist, singer and songwriter. Getting him to where he is today. Not many musicians can say that they worked with Jimmy Rogers, Eddie Taylor, Eddy Clearwater, Sunnyland Slim, and Louisiana Red.

Needless to say, his bass playing had to be on point if you’re going to tour and play with this amazing list of names! Also, it’s good to be in the right place and the right time as well!  This is why we need to embrace and celebrate this iconic performer! His album is out and should be heard!