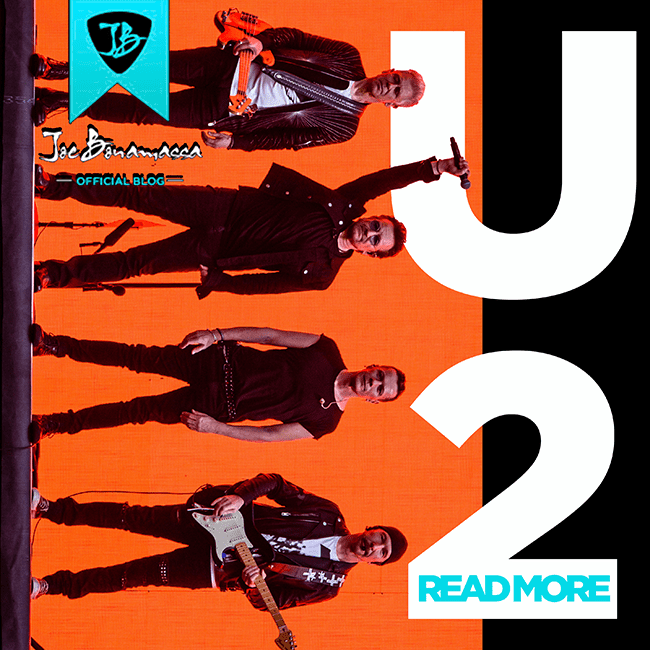 It All Starts in Dublin!

Adam Clayton got the music bug for music at the early age of thirteen when he buys his first acoustic guitar and then convinces his parents that he also needs a bass guitar as well. Finally in 1976 when Larry Mullen pins a ‘musicians wanted’ ad to the notice board at Dublin’s Temple Mount School. “Drummer seeks musicians to form band.” Well, a group of people showed up at his house and they all convene in his kitchen in Artane. And that’s where it all starts! Well, that’s pretty much how most bands get their start! Usually in a kitchen, garage, or warehouse!

U2 is comprised of Bono, the Edge, Adam Clayton, and Larry Mullen Jr. While some bands don’t take off like they want to, this particular band is revved up and ready to take on the world. Maybe not at this moment or time, but they seem to be destined to create some kind of impact with rock n roll music. Little did they know how what they were in for at the beginning of their journey!

Initially calling themselves ‘Feedback’, they continue to rehearse in Larry’s Dublin kitchen, with Bono on vocals, The Edge on guitar, Adam Clayton and Larry making up the rhythm section of bass and drums. Inspired by punk but insulated from the standoffish cool by the Irish Sea, Feedback eventually becomes ‘The Hype’ and then settling on ‘U2’. Needless to say, they were building a local reputation mostly based on the passion of their performances.

While not being great musicians, they at least had heart and passion that definitely get them noticed! They record an EP with CBS, but it doesn’t really take off. During this time, they catch the attention of Chris Blackwell’s Island Records. The band decides that Island Records is where they want to be at the time and signs a long-term deal with them.

After a brief period being managed by Adam, they had met up with Paul McGuinness but an early Irish release in 1979, the ‘U23’ EP on CBS, proved a one-off. They would wait until the following year to sign a long-term deal with Chris Blackwell’s Island Records.  U2’s first single, “11 O’clock Tick-Tock”, from “Boy”, their debut album, shortly after, another single, “I Will Follow” takes off. Their album, “October”, releases a year later in 1983.

Next, U2 has their first UK #1 album with “War”, a culmination of a trio of albums that’s produced by Steve Lillywhite. Featuring the hits, “New Year’s Day” along with “Two Hearts Beat As One” while the live album “Under A Blood Red Sky” releases in November of the same year which cracks the US Billboard Top 30.

End of a Chapter – New Beginnings

It was also the end of a chapter for the band and the beginning of a quarter century of studio collaboration with Brian Eno and Daniel Lanois. “The Unforgettable Fire”, they record in a the ballroom of Ireland’s Slane Castle, spawning one of U2’s most iconic tracks, “Pride (In The Name of Love)”. As well as more experimentation on the band’s part. ‘ While the album does fairly well, some fans felt that with “Unforgettable Fire”, is moving away from their early rock roots. Three years before the band had played support to Thin Lizzy at the annual Slane outdoor show.

Seventeen years later, They are now established as the pre-eminent live act in rock’n’roll, they return to play two sell-out shows themselves, later released on a live DVD, U2 Go Home’.  In the 80’s, they leaves quite an impression at Live Aid in July of 1985 garnering even more fans. Two years later in 1987, they release “The Joshua Tree” producing the singles, “With or Without You and “I Still Haven’t Found What I’m Looking For” which rises to the top on the U.S. Singles Charts.

Joshua Tree Rises To The Top

When the band does the Joshua Tree Tour, little did they realize the impact and a whole new audience of fans they would acquire by this tour! Well, “The Joshua Tree” goes on to sell more than 20 million copies, wins “Album of The Year” along with “Best Rock Performance” at the 1987 Grammy Awards. As well as the band being on “Time Magazine” hailing them as “Rock’s Hottest Ticket” Not too shabby!

Rattle and Hum is a live/studio album and a companion rockumentary film. The album is produced by Jimmy Lovine and releases in October 10,1988, while the film releases on 27 October of 1988. It’s the follow up to The Joshua Tree. The Rattle and Hum project captures their experiences with American roots music on the Joshua Tree Tour, Which incorporates elements of blues rock, folk rock, and gospel music into their sound. Even more, it’s a collection of new studio tracks, live performances, and cover songs. As well as the recordings at Sun Studio in Memphis and collaborations with Bob Dylan, B.B. King, and Harlem’s New Voices of Freedom gospel choir.

While some of the critic’s weren’t thrilled with this album, Rolling Stone Magazine praised the album stating that it was exciting. The film does well but not as well as the album. Which is a commercial success, reaching number one in several countries and selling 14 million copies. Lead single “Desire” becomes the band’s first UK number-one song while reaching number three in the US.

You’re The Best Thing About Me

In 2017 U2 performs and debut’s “You’re The Best Thing About Me” on The Tonight Show starring Jimmy Fallon in 2017. This song brings together every element of U2’s unique magical sound of experience. Also proving that Bono and the band still has what it takes to create great music. Also, maybe it’s because not one album sounds a like! Which hints that they might be in the studio? Keeping themselves busy hanging out with their families while they’re not touring! One thing we do know is that Bono takes out some time to play “Clay Calloway the lion” in the animated “Sing 2” movie. Kind of cool!

U2 On Tour – Their Legacy

Today this band is one of the best selling bands in musical history – selling more than an estimated 150–170 million records worldwide! Regarded as one of the greatest pop-rock acts of all time. Along with all the other many accolades they’ve acquired over their years. They’re truly are a band with the energy and staying power to entertain many more generations to come! As for touring? it looks like they have some 2022 dates listed but it’s hard to say with Covid 19 still causing chaos throughout the world! Check out their social media sites for more information on what the band is up to!