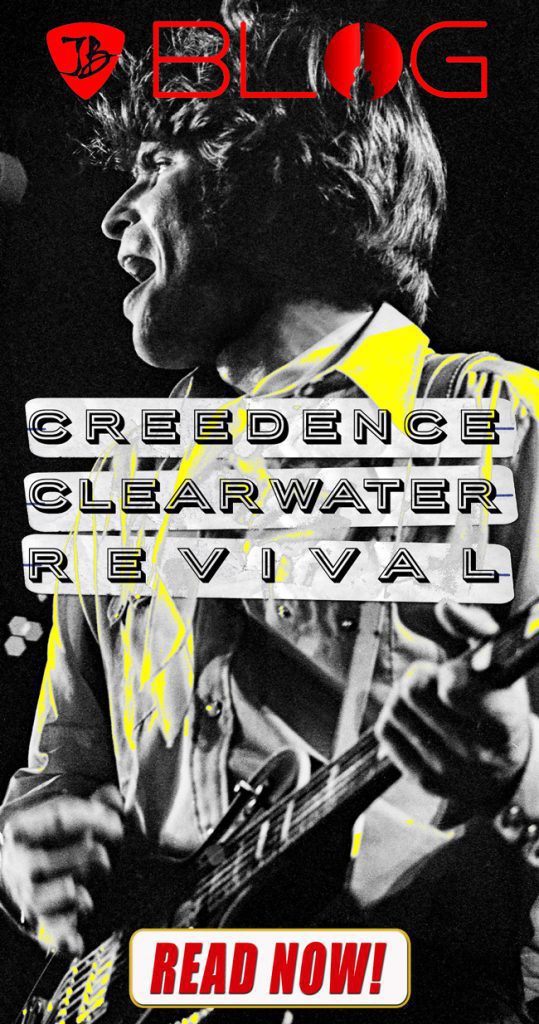 CCR – also referred to as Creedence Clearwater Revival, is an American rock band that forms in El Cerrito, California. The band initially consists of a lead vocalist, lead guitarist, and primary songwriter John Fogerty. Along with his brother, rhythm guitarist Tom Fogerty, bassist Stu Cook, and drummer Doug Clifford. Starting out, this band performs together since 1959. First as the Blue Velvets and later as the Golliwogs, before settling on the Creedence Clearwater Revival name in 1967.  Likewise, members have come and gone, Some form of CCR has kept the band touring for the past 23+ years.

CCR’s musical style is a mix of roots rock, swamp rock, blues rock, Southern rock, country rock, and blue-eyed soul. With their origins starting out in the East Bay sub region of the San Francisco Bay Area, the band often plays in a Southern rock style, with lyrics about bayous, catfish, the Mississippi River, and other elements of Southern United States iconography. Pretty much there is a little something for everyone! That’s why they are so popular to a variety of fans! Their 1968 debut album introduces the world to Fogerty brothers along with Doug Clifford and bassist Stu Cook.

While most of the bands of the time are enjoying the hippie lifestyle and the sexual revolution, psychedelics and protests. This band didn’t bother to follow the usual trends of the time. Instead, they tap into what they’re familiar with. Thus, creating a rather large fan following.

Even though they were technically only together as a band from 1968-1972 they left quite an impact when it came to their music.

It’s during this time that they were the most creative as a band. Selling over 30 million records in the U.S. alone. Releasing 14 Top 10 hits, six platinum albums and a gold album. The icing on the cake is the headlining spot at Woodstock!

Sadly, In late 1972, they make the decision to break up after their initial four year run of success. Tom Fogerty had officially left the previous year, and John is at odds with the remaining members over matters of business and artistic control. Of course lawsuits ensued among the remaining members of the band as well as issues with their label Fantasy Records.

The situation is so bad that John Fogerty refuses to perform with the other remaining CCR members at their induction into the Rock and Roll Hall of Fame in 1993.

John Fogerty becomes a solo artist; he continues to play CCR songs. As for the remaining members Cook and Clifford are “Creedence Clearwater Revisited” and have been touring as such since the 90s.

But on a high note, CCR’s music is still a staple on classic rock radio! With 28 million records sold, they’re still on the charts, at times they’ve taken over the top of the I-tunes Charts as well as other streaming sites and albums that have gone 10x platinum! So, they’re doing ok!