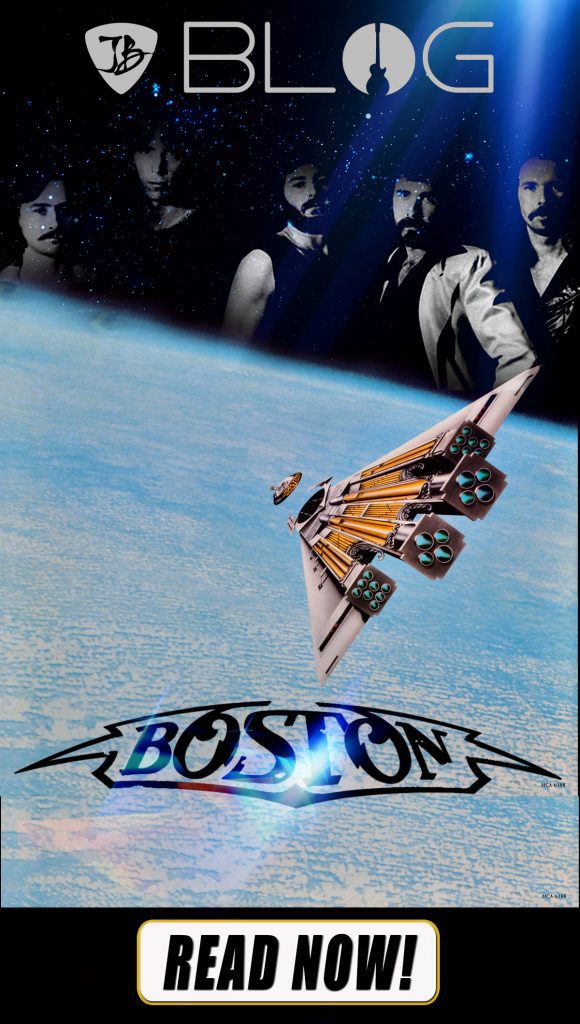 Boston becomes who they are today because another band decides to call it quits.The band’s name is “Mother’s Milk”. Even though they didn’t last, the members continue to spend time together in a homemade recording studio in a basement creating demo tapes honing their skills and reinventing themselves. The outcome, the band named Boston.

March of The Rejected Demos

The tapes created in the basement, eventually lands the band a deal with Epic Records. In 1976, they release their self titled album which sells more than 17 million in sales. Radio Stations and record buyers embrace Boston’s rock sound. Like other bands of the era who achieved major commercial success in a short time, there was internal dissension and a tenuous relationship with a record label anxious to capitalize on the huge success of the band’s first album.

The band embarks on a headlining tour in the winter and spring of 1976–1977 to support the album. This helped establish Boston as one of rock’s top acts within a short time, being nominated for a Grammy award as a “Best New Artist”.  Boston was the first band in history to make their New York City debut at Madison Square Garden. They are more than a band, they are a rock and roll explosion that set the bar when it comes to performing.

The album spawned three singles, “More Than a Feeling”, “Long Time”, and “Peace of Mind”, all of which made the national charts. Additionally, the album peaked at No. 3 on the Billboard 200 and remained on the charts for 132 weeks.

It would be two years before the band’s second album, Don’t Look Back was released, selling four million copies the first month, but ultimately selling only half as many as the first album. The band has released six albums, including a Greatest Hits compilation.

Changes on The Horizon

Scholz and Delp are the only original members of Boston who are still with the band until March 2007.  Delp passes at the age of 55. Furthermore, Brad Delp, along with Tom Scholz, are the only ones signed to Epic Records as “Boston”.

The band resumes touring in 2008 with new vocalists Michael Sweet and Tommy DeCarlo. A Boston fan who was recruited after posting some of his covers of Boston songs on MySpace. The band tours in 2015.

Still today, despite the lawsuits, health issues and line-up changes, you can see various incarnations of the band touring and performing. We are only skimming the surface of this great classic rock band. Maybe, Boston will be nominated as an inductee into the 2020 Rock and Roll Hall of fame…We shall see.

For more information on the band, check out their website: http://bandboston.com/