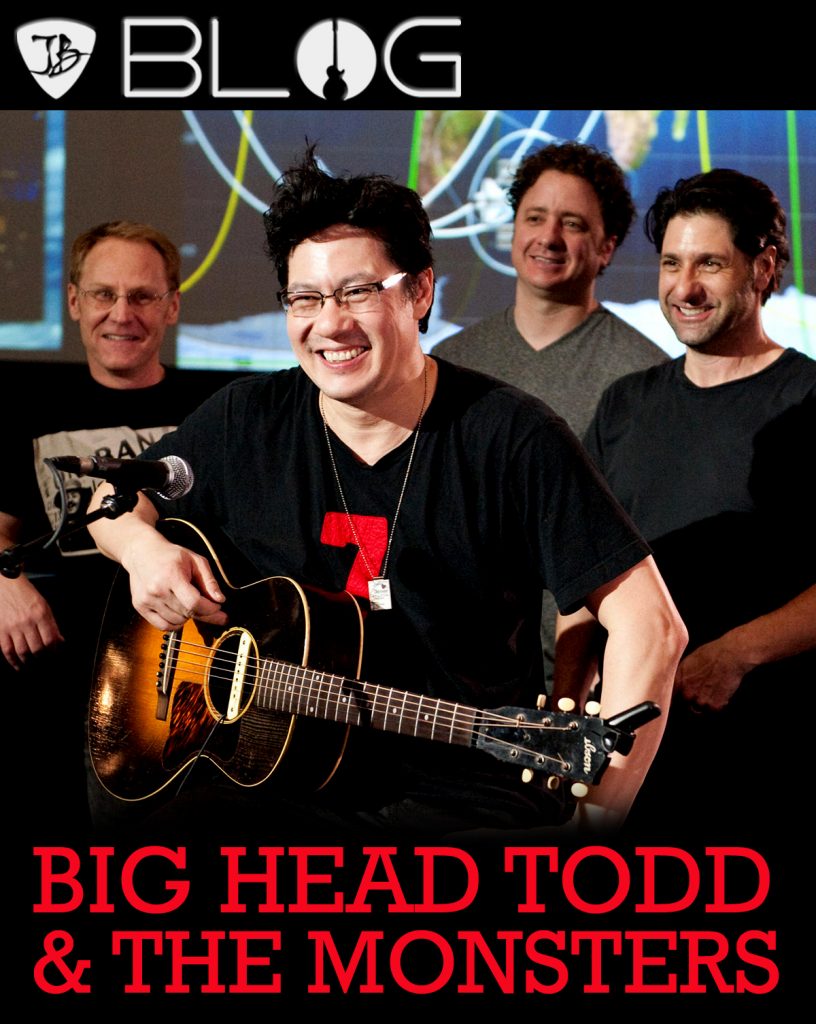 Starting out – The Early Days

Big Head Todd & The Monsters are a band that started out in 1986. I first saw these guys perform right after they released their album Sister Sweetly. The show was amazing and that night I became a fan. What’s great about these guys is that over the years, they’ve become a well-oiled machine. After thirty years of performing together, they’re still friends.

What’s even better is that even with the struggle to get gigs in the early days, they still proceed to follow their own path and doing things their way. They started out playing college parties, then bar gigs and once they got a used van then the touring began. The world became their oyster. They crashed on people’s floors and knocked on doors trying to get gigs and eventually things started to come together. Below is a great video talking about their progress throughout the years.

The history of the group actually stretches farther back from the 1987 point at which they took their name. The core members came together at such an early age that it’s hard to know exactly how long it’s been.  “It’s murky,” Mohr says, “because I’ve been playing with Brian (Nevin, their drummer) since junior high school back to 1982. Brian and I played a talent show with Rob (Squires, the bass player) in 1983.

They began playing original music in earnest in a nascent Colorado music scene that then consisted almost entirely of cover bands. A debut album, Another Mayberry, arrived in 1989, though it would be another four years before Sister Sweetly made them a national phenomenon. The only personnel change in these three decades has been the addition of a fourth member, putative “new guy” Jeremy Lawton, in 2004.

One of the bands “career high points” was the chance to work with John Lee Hooker. The group met Hooker during the Beautiful World sessions in Sausalito, California. Seems the 79-year-old blues legend was working just down the hall in the same studio. With a little urging from producer Jerry Harrison, Hooker agreed to sing on a version of his boogie classic, “Boom Boom”.

That’s a tune Mohr and his mates have been playing ever since their first blues jams; now it’s the show-closer in their encore. “We’re very proud of the outcome of that,” says Mohr, whose rampaging guitar burns a white-hot swath alongside Hooker’s throaty growl. “That was certainly a high point in our career, and just a great opportunity to pay tribute to John Lee in that way.”

Also included on the album Beautiful World is P-Funk keyboardist Bernie Worrell. One thing for sure is that the band doesn’t stay in any specific genre or style of music. The band jumps from rock and roll to deep blues, even jazz, funk, and soulful R&B.

The band is planning a massive “Winter Tour 2020” which will hit both coasts and many cities in between. Over the course of January 10 – March 8, 2020. The tour starts in Salt Lake City on January 10. Big Head Todd & The Monsters then head to the Pacific Northwest for concerts. Next up is California that includes stops in San Juan Capistrano, Solana Beach, Los Angeles, San Francisco and Napa.

The band returns to the road for a series of three shows in Texas. BHTM continue the tour in the Midwest, where they will play shows in Omaha, Milwakee, Minneapolis, Chicago and Detroit. The run ends on the East Coast with stops in Washington D.C., Boston, Richmond, Raleigh, Charlotte, Atlanta and Birmingham. JD Simo and Los Colognes will each open select dates. For Ticket info:https://www.bigheadtodd.com

These guys are extremely gifted musicians who are well versed in a lot of different genres. If you haven’t embraced them yet, You still have time! They are worth seeing live.