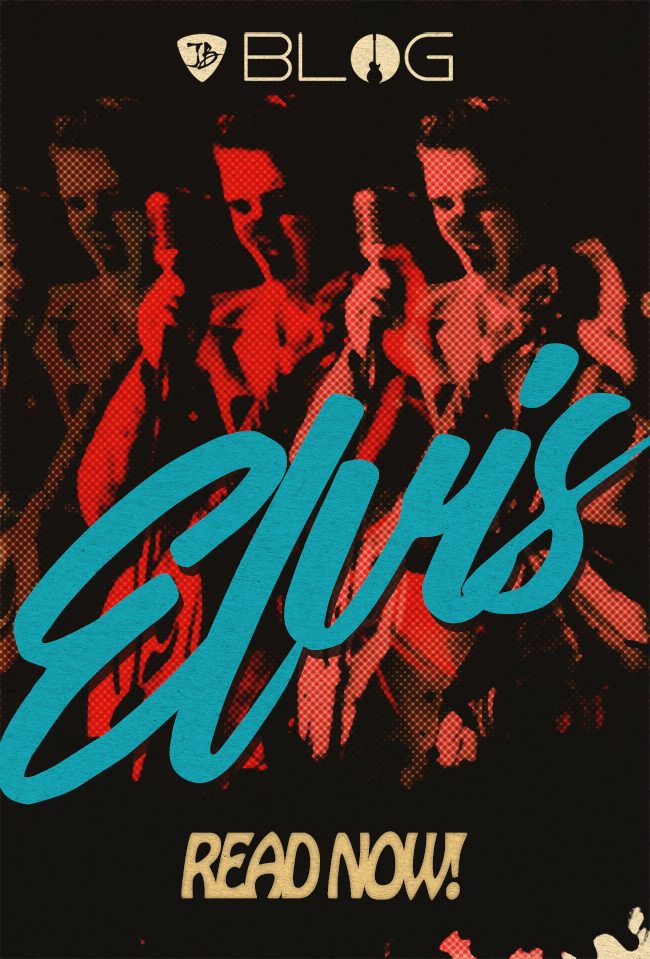 It’s Good To Be King!

During his illustrious career, Presley helped popularize rock ‘n’ roll music in America. Furthermore, He’s won three Grammy Awards for his gospel recordings. While also being a musical force when performing live. Presley had 18 No. 1 singles, including “Don’t Be Cruel,” “Good Luck Charm” and “Suspicious Minds,” as well as countless gold and platinum albums. When it came to his status in the musical world, he was definitely in the upper echelons and beyond.

Elvis came from very humble beginnings growing up in Tupelo, Mississippi in 1935. While he’s still a teenager, his family moves to Memphis. Shortly after, he receives a call from guy named Sam Phillips. A recording studio boss that was looking for something different when it came to music. He likes what Elvis sent so he decides to respond to him about the audition tape he sent him. As for Sam Phillips, he’s also a equal opportunist by being a talent scout for other labels not in the immediate area. But he’s also a former radio engineer that eventually decides to open his own recording studio. Which becomes Sun Records.

Elvis would be his first white singer. But shortly after, the list includes Carl Perkins, Johnny Cash, Jerry Lee Lewis and many more! At the time, he felt that music was the common bond that would bring people together no matter what race, religion etc. So, he brings Elvis in and they record five singles for Sun Records which becomes some of the most popular songs of the 20th century! Or do they? Well, eventually they do a lot more! Specifically “Mystery Train” which garners him a large southern following. Phillips becomes known as the man who invented rock ‘n’ roll. And Elvis becomes the “The King of Rock ‘n’ roll!

Elvis had the looks, the voice and charisma that drew people to him. Once Phillips takes the young Elvis under his wing, Elvis becomes more comfortable in his skin and with performing and singing. You could say that he was starting to like this kind of life. Even adding some swagger to his personality! With his slicked back hair and his flamboyant outfits, at the time, it’s good to be King! Some called his music rock ‘n’ roll while others considered it rockabilly! Either way, he was getting noticed in the music world! Whether it’s performing at the local clubs or his radio appearances on the Louisiana Hayride. Elvis was the highlight in the limelight. The King had arrived!

Elvis’s popularity is starting to get out of hand so much so that his business affairs are being turned over to Colonel Tom Parker, a country music hustler who knew how to handle big artists and even made stars of Eddy Arnold and Hank Snow. Shortly after the takeover, Elvis begins recording at RCA’s studios in Nashville, Tennessee, with a larger group of musicians that begin to create a national sensation with the hits  “Heartbreak Hotel,” “Don’t Be Cruel,” and “Love Me Tender” (all 1956), “All Shook Up” (1957), and so much more. Once he became Presley’s manager, Colonel Tom Parker insists on keeping an exceptionally tight control over his client’s career. By 1967, he’s receiving 50 percent of Presley’s earnings from recordings, films, and merchandise. As well as, taking a third of the profit from live appearances. Some fans even blame Parker for Presley’s untimely death.

From 1956 through 1958, Presley dominated the best-seller charts and ushered in the age of rock and roll, opening doors for both white and Black rock artists. His television appearances, especially those on Ed Sullivan’s Sunday night variety show, set records for the size of the audiences. Even his films were box office smashes! There wasn’t anything that Elvis couldn’t do! So many people loved what he brought to the table! While others despised him. As they say, you can’t please everyone!

Elvis the “King of Rock ‘n’ Roll, who was internationally known and loved by many loyal fans. Passed away on August 16,1977.  The world was his oyster and he embraced it wholeheartedly! So much so, that he was constantly performing, recording music, while still living the “over the top” life he envisioned at a young age. “Elvis the Pelvis.” was a true entertainer, Actor, musician and rock icon. Cause of death was said to be cardiac arrest. Although Elvis was also chronically ill with diabetes, glaucoma, and digestion issues from large amounts of drug use. Needless to say, his legacy is still going strong!