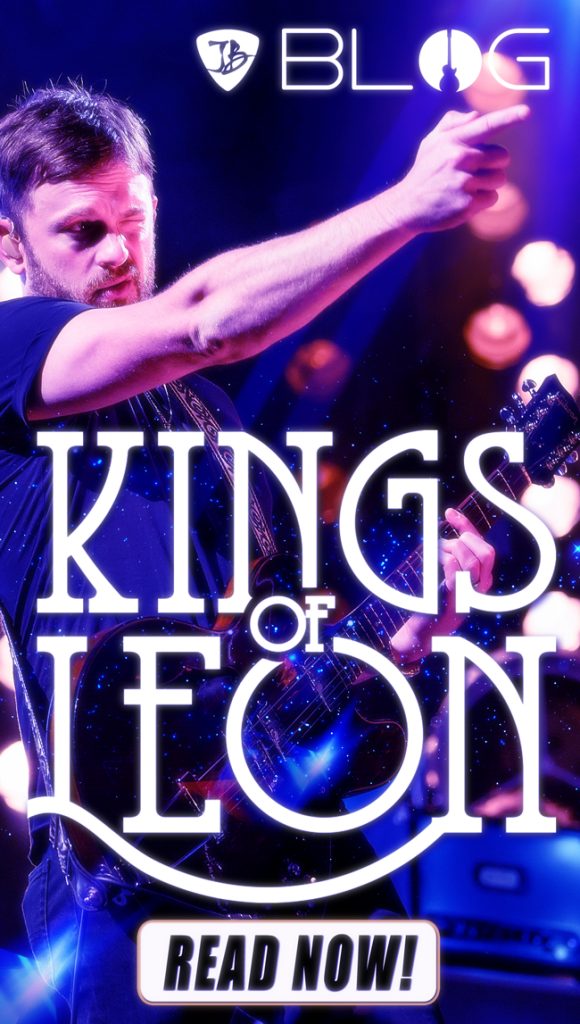 Anywhere the band “Kings of Leon” perform, they easily attract fans and followers! Whether it’s on their own tours, at festivals or touring with other musical giants like Pearl Jam, U2, and Bob Dylan. The aforementioned being the ones that helped them open the door to a much broader audience especially in the U.S. and beyond the pond.

While these performances helped them pave the way, to better things, these guys have certainty paid attention of how things work in the music industry, especially when it comes to performing and touring. They quickly rose to become one of the most successful bands of the 2000’s and are still going strong despite any obstacles in their way!

You have three brothers growing up in Oklahoma and Tennessee with their mother and a father who also happens to be a Pentecostal preacher. Which means that he preaches at a lot of tent revivals and churches. So, you know that they did a lot of traveling, and most likely had to find creative outlets during the process to keep them busy. Music and writing, tends to be the one thing that most would gravitate to. Which is what they did!

Once their dad retired from preaching, Nathan and Caleb relocate to outside Nashville to play country music. Shortly after they meet up with a producer and songwriter who mentors them by helping them work on their songwriting skills and expanded their minds to the likes of The Clash, The Rolling Stones, and Thin Lizzy. As for Jared, his influences were leaning more towards the Pixies and the Velvet Underground. When he and his cousin decide to also move to Nashville in the late 90’s, they form “Kings of Leon”.

In 2002, Nathan and Caleb Followill gain the interest of several music labels. But they were only interested if their little brother Jared and cousin Matthew could be part of the group. They find a good match and start recording in the studio. By 2003, Kings of Leon releases their first album “Holy Roller Novacaine,” proving dedication and focus does bring them success. Although they form in the US and find moderate success with 2004’s “Aha Shake Heartbreak” while touring with other heavy hitters at the time.

The band really hits it big in the UK in 2008. With their fourth album, “Only By The Night,” which becomes one of the fastest-selling records of the year, with more than 220,000 sales in its first week of release. The only other album to sell more in its first week during this time is Coldplay’s “Viva La Vida.”

Needless to say, they score a chart double claiming pole position in the UK’s singles and albums charts. It’s not really until till 2010, that they start garnering huge popularity in the US, but when they do, radio takes notice and soon after, their music starts racing up the Modern Rock Charts.

After a disastrous show in Texas results in front man Caleb walking off the stage without returning for the end of the set. The brothers decided to undertake a self-imposed hiatus in 2011 and cancelled the rest of the tour while the band attempted to reconcile their personal and group problems.

But, in 2013, They return to the band with a batch of new material and set to work on their sixth record, “Mechanical Bull,” which appears in September of 2013. Coming back strong with the single “Supersoaker,” the album reaches number two on the Billboard 200 and garners a nomination for Best Rock Album at the 56th Annual Grammy Awards. To this day, they are still touring and still creating new music along the way…So go see them live!

Over the year since starting out, “Kings of Leon” have sold more than 21 million records around the world. Over the years, the prolific band has released a total of eight studio albums, two compilation albums, one live album, five EPs, one video album, and 26 singles. Furthermore, they take home the Grammy Award for Record of the Year, Best Rock Performance by a Duo or Group with Vocal and Best Rock Song for “Use Somebody” at the 52nd Annual Grammy Awards.

As well as, Record of the Year! In 2009 they win Best Rock Album. These guys have also dabbled on the film side of things as composers. They were selected to play as part of the festivities of the 2021 NFL Draft at the Rock and Roll Hall of Fame in Cleveland, Ohio.  And of course, they even have a documentary about the band – Stephen Mitchell’s documentary “Talihina Sky: The Story of Kings of Leon which covers the early beginnings of the band.