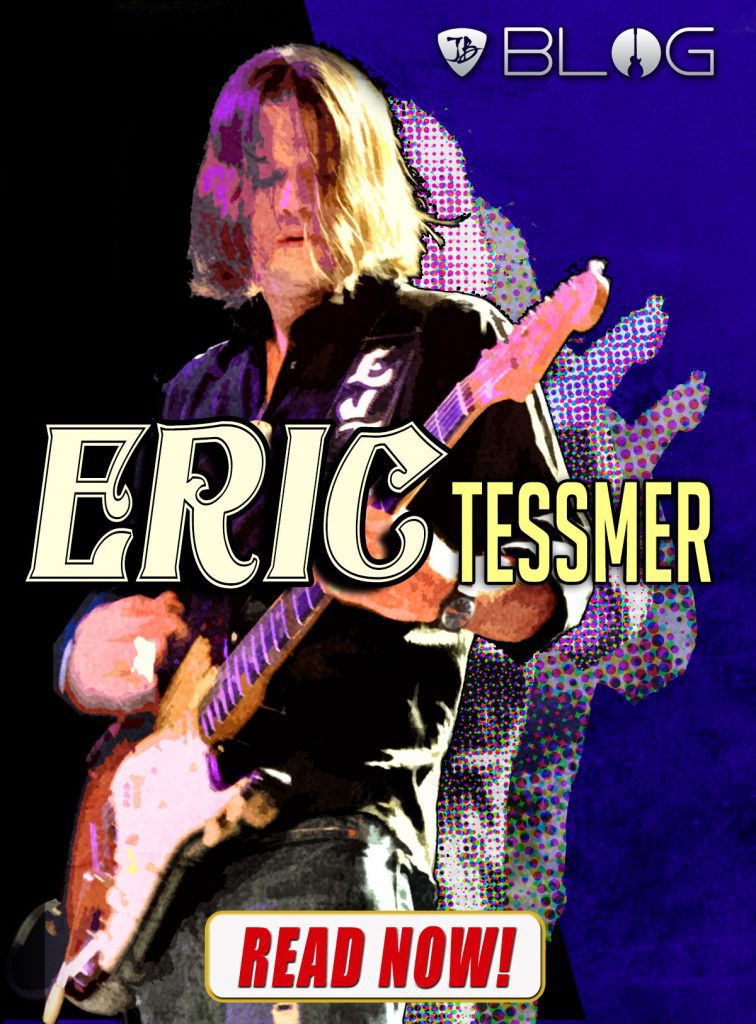 Eric Tessmer developed a love affair with music because he grew up around it. His grandmother and father played guitar, and most importantly, Hendrix, Led Zeppelin, and Cream were all staples growing up. When he was twelve, his dad took him to see Pink Floyd. When he saw David Gilmour play his solo on Comfortably Numb, he found his calling. The guitar becomes his weapon of choice and road was going to lead him down some interesting avenues.

At nineteen, he packed up and left Wisconsin and headed to Austin Texas to pursue a career as a guitarist. The city of Austin embraced this young musician which garnered him a formidable reputation as a bad ass guitarist due to his fierce fretwork and explosive live performances. He is living the dream of a musician and cutting his teeth playing residencies in clubs and bars.

The Austin Chronicle is dubbing him an “SRV-fast firebrand” and the Austin American Statesman hailing him as a “working class guitar hero.”  He released a series of live and studio albums that earned him critical acclaim. Meanwhile, he was living in his rehearsal space where he created a living space out of an oversized closet.

For some, this may seem extreme to follow a dream but to Tessmer, it gave him the time and space to focus on being creative and think about his future. Being a musician and performing all the time can have its highs and lows. For Tessmer, it was alcohol. He made a hard decision to become sober.

Tessmer quits drinking around the time he embarked on his current series of EPs, releasing ‘EP I’ in 2016 as the first chapter in a planned trilogy. When it was time to record the follow-up, he reached out to longtime friend Sean Beavan (Nine Inch Nails, Guns & Roses, Marilyn Manson). He agreed to produce the EP (Eric Tessmer 2).  He relocates to Los Angeles, The sessions marked Tessmer’s first studio work outside of Austin, and a change of scenery. The result of this recording session creates some of his best work to date.

Some of the tracks have a dark moody twist to them while others show how much Tessmer has grown. There’s a frenetic energy and insight throughout that tells his story through his music. Some of my favorite tracks include Simple Solution, which has edgy guitars with a nod towards Jimi Hendrix. Then you travel to another state of mind with Love is Taking Its Toll which has a soulful tone against some intense guitar playing. It’s definitely music to sit back and reflect on personal issues while nodding to the incredible grooves that emanates from his guitar.  And then, just when you think you’ve had enough, the track Po Boy reels you back in with some deep funky guitar beats that makes you want to get up and kick up some dirt. He’s a great artist and guitarist – Nuff said!