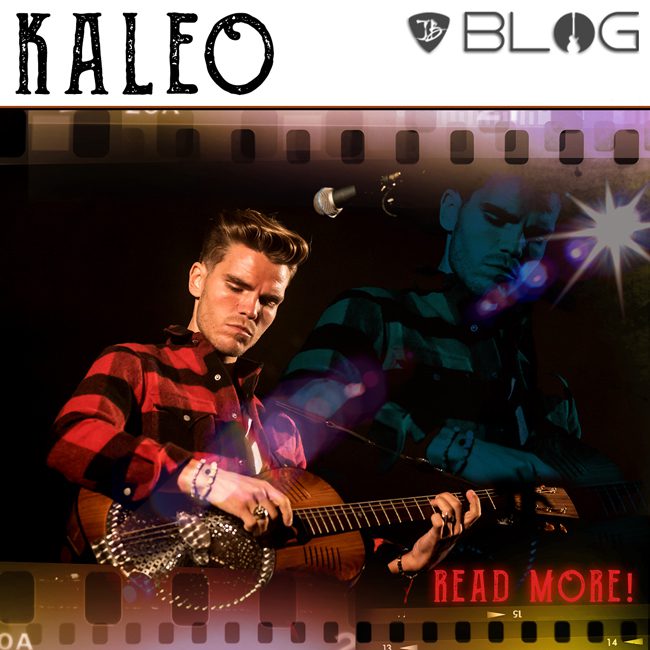 Kaleo. When I first heard this band on the radio, I stopped what I’m doing and took in their music. As crazy as it sounds, the singer reminded me of Chris Isaak especially when hitting the high notes. Then I find out that the band really isn’t that old and from Iceland! Who knew? But when you hear them, the lead singer especially, has that “old soul” sound to his vocals. Then the rest of band kicks in and with some blues infused rock with a little twang just to keep things interesting.

Creating a Buzz in the U.S.

They gain fame with “Vor í vaglaskógi,” a theme song for the television series “Trapped” that originally airs in Iceland. The first episode receives its worldwide premiere at the 2015 Toronto International Film Festival on September 20, 2015, as part of the festival’s new Primetime platform. Shortly after numerous broadcasters across the world, including the BBC, begin screening it in the United Kingdom on BBC Four. The series is a hit internationally and then its U.S. debut on Viceland in 2017. Their fame continues with singles like “Way Down We Go” and “All the Pretty Girls,” and their song “No Good,” which appears in the HBO series, Vinyl.

Established in 2012. Kaleo is composed of lead vocalist and guitarist JJ Julius Son, drummer David Antonsson, bassist Daniel Kristjansson. As well as lead guitarist Rubin Pollock. When, they release their breakthrough album “A/B” it spawns three hit singles. The Grammy-nominated “No Good,” the gold-selling “All The Pretty Girls”. And their biggest hit, “Way Down We Go” which gets a lot of exposure on television whether it’s The Blacklist, Blindspot, Suits, Quantico, and Grey’s Anatomy.

Although, the label promotes a different single to the television executives. It’s this particular song that strikes a chord with fans of the television shows. With them embracing this song, it propels “Way Down We Go” to No. 1 on the Billboard Alternative chart in August 2016 and sent sales and streaming numbers skyrocketing. Furthermore, all this publicity garners the band a tour with the Rolling Stones, performances at Coachella, Lollapalooza and Bonnaroo. Keeping them on tour for over three years.

After a break from touring, Julius Son has been in the studio working on the follow-up, “Surface Sounds”. It was supposed to release on June 5, 2020. But due to the global impact of Covid-19, the release has been delayed. But you can check out the Lyric video for “Break My Baby” below as well as “I Want More,” and “Alter Ego” on YouTube to at least get an idea of what’s to come. Enjoy!