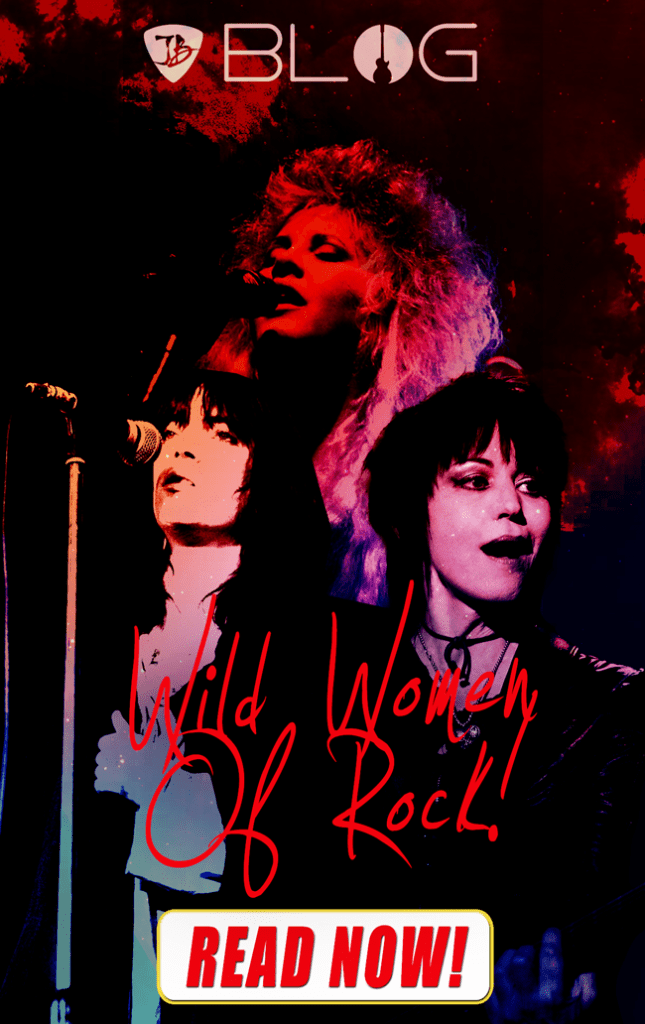 Wild Women of Rock ‘n’ Roll. So, I start pondering on how I’m going to jump start this blog. Because once I start mentioning different female artists, you’ll either agree or completely hate it! Understandable but, it’s something I wanted to do. So, here’s the deal, I’m putting the conversation out into the universe. My choices or list is women that paved the way for others in rock. The females that had to fight their way up the ranks, worked harder and basically threw the rule books out the window. We’re starting the conversation…the rest is up to you.

Cordell Jackson – Never Too Old To Rock and Roll

She is proof that anyone can accomplish something if they set their mind to it. Besides, being an American guitarist, she also starts her own music label called “Moon Records” in 1956.  Furthermore, she is thought to be the first woman to produce, engineer, arrange and promote her own music. Nobody was going to hold this woman back from being a rock star! Sadly, she left this earth in 2004 at age 81. But, along the way, she’s inspires a lot of women. Genre-wise? She played any genre she felt like performing. Fearless with no boundaries! Mad Respect!

This “Godmother of Punk” has a reputation for breaking the rules and not apologizing for it. First as a 15-year-old founder of the “Runaways”, the seismic teen girl rockers of the ’70s, then as the front woman and guitarist for the “Blackhearts”, her enduring band. Furthermore, in 1980, After rejected by several record labels, she starts her own label called “Blackheart Records”.

One of the longest running indie labels that gives a voice to new bands.  As a result of her work and determination, she’s one of the two women on Rolling stone’s list of 100 greatest guitarists of all time – the other being Joni Mitchell. Her drive is to keep playing, no matter the consequences, to this day she still perseveres.

One of the most recognized studio musicians of all time. She took on a job that was mostly a boys club at the time and made it into a career. Not only is she a monster bass player, but she’s also worked on some serious iconic tracks for Motown, Beach Boys, Phil Spector, Quincy Jones, Sinatra, Elvis, Joe Cocker, Ray Charles and so many more!

Starting out as a jazz musician playing guitar in the 1960s, and then in 1963, she started playing bass. Furthermore, she’s played on an estimated 10,000 recordings in a career spanning over 50 years. Even more, she has a book available about her life as a musician titled Studio Musician: Carol Kaye, 60s #1 Bassist, Guitarist. https://shop.carolkaye.com/

Patti Smith – The Poet of Punk

With, her debut album Horses, she becomes an iconic figure in rock, it’s her live performances that takes her over the top. She co-wrote Because The Night with Bruce Springsteen which to most, is her only hit song but to this day, she promotes the hell out of it! But to her fans, she’s one of the best female rock singers of all time.

What connects her with her fans is that she fuses rock music with poetry. For us, she’s the idea of a real rock star. She’s talented but full of integrity and humility as well. At times, being so tough and punk rock, yet otherworldly, graceful and full of warmth. She’s truly is a force of nature. With all the craziness currently happening in the world, I thought was an appropriate song for the times. For more info on smith check out her memoir Just Kids.

She starts out her career as part of the hippie-folk duo Buckingham Nicks. Later the singer/musician/songwriter garners fame with the British American band Fleetwood Mac as their lead vocalist. Meanwhile, she’s also had quite an amazing solo career as well with several chart topping songs on her own as well as duets with Tom Petty, Don Henley, Lana Del Rey and more.

She’s the only woman who’s been inducted twice into the Rock and Roll Hall of Fame, as a member of Fleetwood Mac and as a solo artist. She’s still working on a variety of projects including the most recent 24 Karat Gold: The Movie, which is playing in movie theaters and drive-ins across the country. Followed up by the release of the soundtrack. Lastly, she wants to get back on the road & tour again.

Memphis Minnie, known as a scrappy guitar player in a time when few women played guitar on their own recordings. Whether it was a female or male artist, Minnie, gave everyone a run for their money.  She was such a great country blues guitarist that she was able to turn Chicago into her musical stomping ground. She became the lone female voice in the male dominated 1930’s urban Blues scene. Her singing and songwriting, spirited demeanor, and superlative guitar playing propelled her to the upper echelons of a field then dominated by male guitarists and pianists.

She may be the grandmother of rock, but she is also of rockabilly as well. Plus, she also plays a wild guitar to boot! Her style is a little slower than the norm when it comes to rockabilly. But all the elements are there along with her hot guitar picking and vocal swoops. He inspired Chuck Berry, The Beatles, The Rolling Stones and Elvis too! She is one bad ass guitar player and grandmother!

Big Mama Thornton aka Powerhouse blues vocalist Willie Mae Thornton was born in a rural town outside of Montgomery, Alabama. She started singing in church and taught herself how to play harmonica and the drums, later touring throughout the south before moving to Houston to start her recording career.

Her robust voice and confident stage presence earned her the nickname “Big Mama”. In 1952, she scored her the highlight of her career with a 12-bar blues song titled “Hound Dog”. The hit topped the R&B Chart for seven weeks.

Joni Mitchell – One of the Greatest Songwriters

We couldn’t forget Joni Mitchell. Hailing from Canada, she’s written a lot of songs and honestly, I don’t know exactly how many but I know it’s over 100+. Either way, Mitchell is widely acclaimed as a singer-songwriter, poet, painter, as she should be, for being one of the greatest lyricists and musical visionaries of the rock era. Pretty much every female singer-songwriter that has picked up a guitar since the 60s has been influenced by her music. She’s also considered one of the most influential female recording artists of the 20th century. Also, Happy Birthday!