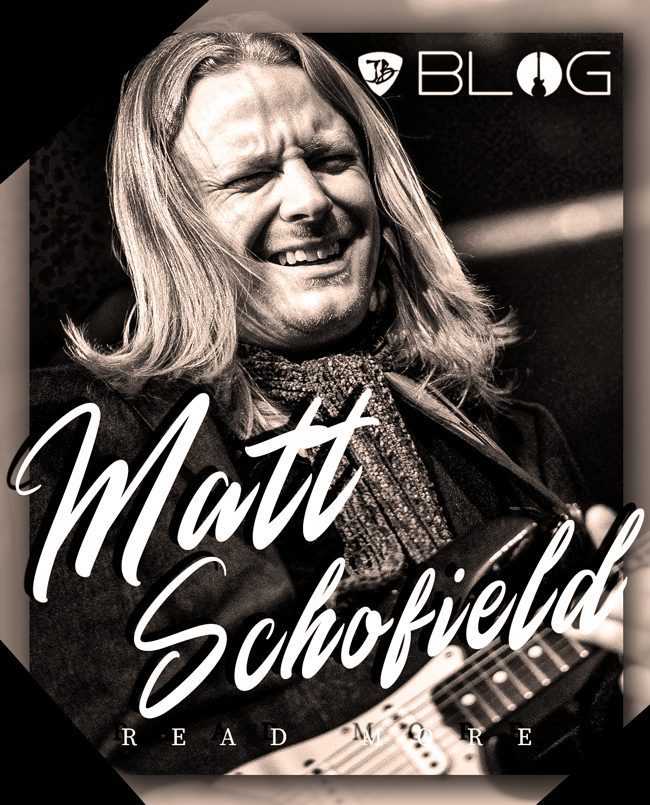 Matt Schofield is a Phenomenal player and should be regarded as such! Hailing from the industrial city of Manchester and raised amongst the rolling hills and locked in time Cotswolds, Schofield began playing guitar at the age of 12. It’s also during this time that his dad decides to relocate to America.

Before he leaves, he gives a young Matt a B.B. King video. It’s a concert video that he watches everyday before School. He watches it before school every day. Later, when he’s in California with his father, he shows him BB King with Albert Collins and Stevie Ray Vaughan on video”. It’s these performances that inspires him to start playing the guitar!

Furthermore, he teaches himself how to play by working his way through his Dad’s great blues collection. Doing his first gig age 13, and has been doing it ever since”.

The Manchester, England born guitarist, singer, songwriter, producer and bandleader first climbed on stage in front of the general public at the tender age of 13 and has been solely focused on doing one thing ever since. And that’s playing the guitar and entertaining the fans that come to see him.

At age 18 he leaves the countryside and moves to London. There, as a sideman, he’s able to hone his skills as backing a great variety of experienced and well known artists of the British Blues scene, visiting American artists, as well as touring internationally.  The introspective, well read (lover of science, history and philosophy) and passionate Schofield said, “this enables me to stay close to my roots while learning my trade and exploring a variety of musical frontiers.”

Being Signed to The Mascot Label & Awards and commentary:

Shortly after performing for awhile, Matt is signed to the Mascot Label Group!  As for Awards and accolades? He’s won the British Blues Awards Guitarist of the Year for 2010, 2011, and 2012 which garners him an induction into the British Blues Hall of Fame.

In 2011, he’s Voted Blues Album of the Year (2011) by Mojo Magazine,  Penguin Book of Blues Recordings cited as one of only two living British artists to achieve the maximum four-star rating! Plus he’s been featured on Guitar & Bass magazine’s Top Ten British Blues Guitarists on several occasions.