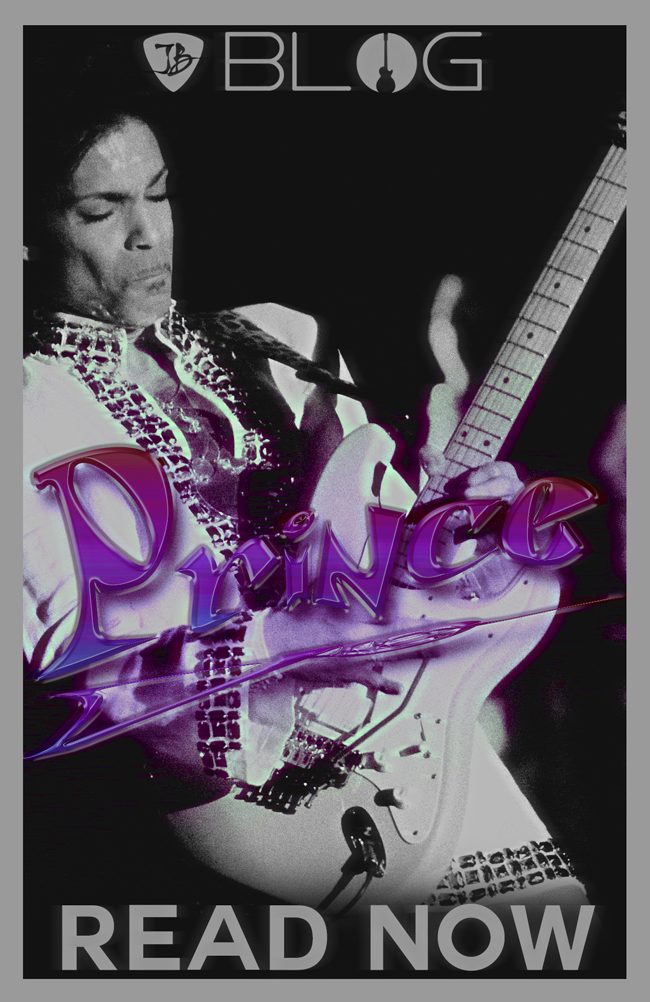 Prince – A Master At His Craft

A Master at his Craft

Whether you’re a fan or not, Prince was an extremely gifted musician! When it came to recording in the studio, he would at times, play every instrument and conceptualize how he wanted every track to be recorded. Even to how the artwork was going to look. Control Freak? I don’t think so, but instead maybe an artist that saw things in a visceral/ instinctive point of view. Creating it to be a piece of art as well as being just music and songs.

Either way, music was very important to him. Because he composed and wrote songs every day. Sure, he had his odd moments, but don’t we all? But when it was time to perform for an audience, when he walks out on stage, he’s prepared to take things over the top! Giving his audiences one of the best shows that most of them have ever seen! He’s truly a class act and performer. Check out this performance of Sweet Thing with Chaka Khan below:

The Impressionable Years – Prince Finds His Love of Music

Prince Rogers Nelson was born in Minneapolis, Minnesota. His father was a musician and makes quite a name for himself in the local music scene as the Prince Rogers Trio, which was a jazz group that played in clubs and communities on the north side. It was when he’s playing with his band at the Blue Note that he meets Prince’s mother, Mattie and recruits her to be a singer in his band. Nine months later, they welcome their son Prince into the world. Unfortunately, they get divorced when Prince is still at a young age.

Which leaves quite an impact on him, yet he finds solace in teaching himself how to play the piano. On this same piano, Prince writes his first song “Funk Machine” at age seven. His mom remarries and he now has a stepfather and new sister. His Stepfather takes him to see a James Brown in concert. His real father buys him his first guitar and shortly after throws him out. So Prince moves in with his neighbors and lives in their basement because he’s friends with their son Andre (Andre Cymone). During this time he joins a band with Andre and another friend (Charles Smith) called Grand Central. later renaming themselves Champagne which became a successful live band.

Starting Out – Making A Name For Himself!

Prince at the age of eighteen started working on high-quality demo tracks with Chris Moon. With these demo tracks Prince eventually ended up signing a recording contract with Warner Brothers Records and was the youngest producer associated with the label. Prince made his debut on the record label with his 1978 album, “For You.”  While the album did ok, it wasn’t one of his best but it did get him noticed. Prince’s next releases would tend to do much better on the charts with his singles, “Why You Wanna Treat Me So Bad?” and I Wanna Be Your Lover in 1979.

This would start to introduce Prince as a person who presented sexually explicit material into the music industry. However Prince didn’t begin to attract mainstream artists until he release his single, 1999. Furthermore, he’s regarded as one of the greatest musicians of his generation, part of the reason is because of his flamboyant persona when he would perform live on stage, but also because of his interest in using a wide variety of music styles. When it came to producing his own music and playing almost all of the instruments.

However Prince didn’t begin to attract mainstream artists until he release his single, 1999. This single began to be noticed by M.T.V. viewers and this would make him a part of the main-stream music media. Prince released two more singles called Little Red Corvette and Delirious. The album featured Prince’s new band, The Revolution. In 1984 Prince releases what is a profound masterpiece that was a featured film, the sound-track album, Purple Rain in 1984. “Purple Rain” goes on to sell 13 million copies in the U.S. alone.

Prince released a sequel to Purple Rain in 1990 called Graffiti Bridge, a soundtrack album accompanied this movie entitled, Graffiti Bridge. The film did terrible in box-office and was nominated for several Razzie awards. Many people saw the sound-track album, as the high point of the film.

In 1991, Prince assembled a new band called, The New Power Generation with this band he would release singles such as Diamond And Pearls, Cream, and Gett Off. Prince eventually changed his stage name from Prince to a symbol, which lead people to call him, “The Artist Formerly Known As Prince”. Prince soon took back his old stage name.

In the 1990s, Prince continued to release singles such as Came, The Gold Experience, Chaos And Disorder, and Emancipation. With the rise of the new millennium, Prince released material such as a religious album called The Rainbow Children, One Nite Alone, The Chocolate Invasion, The Slaughter House, and had a collaboration with Stevie Wonder on Stevie’s single called, “What The Fuss” in 2005.

One of the most acclaimed musicians of his generation, he was inducted into the Rock & Roll Hall of Fame in March 2004. He was also voted the 28th greatest Rock & Roll Artist of all time by “Rolling Stone” magazine. He was inducted into the UK Music Hall of Fame for his outstanding contribution to British music and integral part of British music culture in November 2006. He was ranked #18 on VH1’s 100 Greatest Artists of Rock & Roll. On 5/10/10 he merited a place in “Time” magazine’s “The 100 Most Influential People in the World (“Artists” category)” with an homage penned by Usher.

Furthermore, be sure, to check out the other blog posts: https://jbonamassa.com/category/blog/