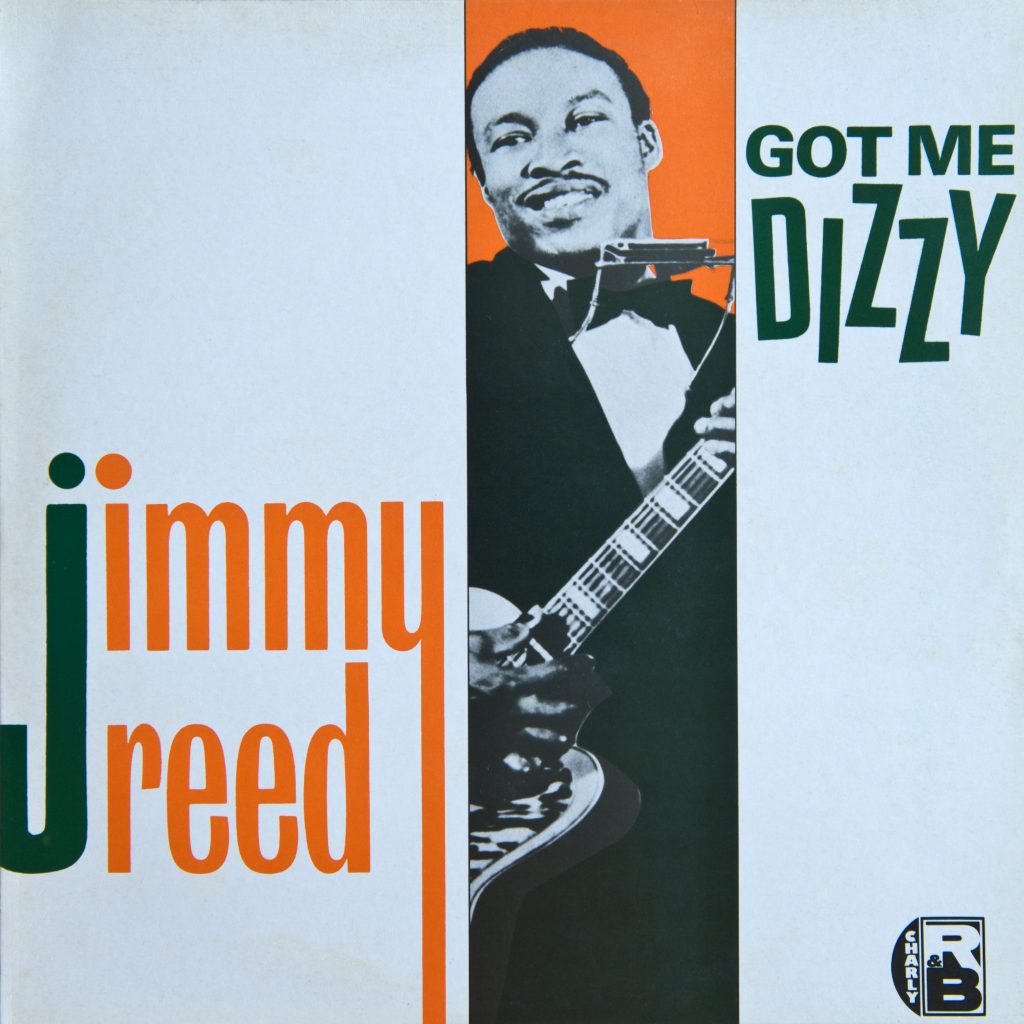 American singer, harmonica player, and guitarist who was one of the most popular blues musicians of the post-World War II era. Jimmy Reed could always find notes, sounds, and bends on that harmonica that no one else ever could back then! One word to describe his guitar playing and singing? Simple and smooth! But that’s what was great about his music, it was easy to listen to. With no over the top technical stuff, just his harmonica, guitar and his voice singing the blues! He could also create some really good “boogie shuffle” moments throughout his performances which he added in for good measure.

You can even go to most blues bars and every once in awhile, you can either hear his music playing throughout the bar or a live band that’s covering one of his tunes. That’s how popular and accessible his music was and still is to this day. Furthermore, he even inspired the likes of Elvis, Charlie Rich, The Rolling Stones, Hank Williams , Eric Clapton and many more up and coming blues artists! Check out Big Boss Man from Reed along with Eddie Taylor below:

Starting Out – Finding His Path…

Hailing from Mississippi, his biggest musical influence growing up and the person that taught him to play guitar and harmonica was Eddie Taylor. By teaching him how to play guitar and harmonica, they were often found busking in the streets of Chicago then heading back to Mississippi. Finally in 1943, Reed moves to Chicago because at the time, that was where the music scene was happening. Shortly after, he’s drafted into the Navy and serves in World War II.

Once he gets discharged, he goes to Mississippi to marry his girlfriend at the time Mary. Afterwards, they move to Gary Indiana where reed starts working at a meat packing plant. While the day job paid the bills, it was the music he most cared about and would play live at any opportunity he could. Not long after, he became quite popular and is able to establish himself around town.

While he definitely had the street cred playing around town, he wanted something more stable. Starting out by being a part of a local group called the “Gary Kings” with John Brim, a local singer, songwriter known for working with Big Bill Broonzy and Tampa Red. They start playing on the streets with Willie Joe Duncan who is a legend and known as “The Unitar Man.”

Getting Signed By A Label

Reed first tries to get signed by Chess Records but they passed on him. Needless to say he had luck on side and he scores a recording contract through Vee-Jay Records through Brim’s drummer, Albert King. At Vee-Jay, Reed begins playing again with Eddie Taylor and soon releases “You Don’t Have to Go”, his first hit record which is followed up with a long legacy hit songs. It’s during this time that he endures several setbacks. While he has his reputation as a musician, he’s also becoming known for his love of alcohol as well.

In 1957, he’s diagnosed with epilepsy. Still performing and making him, in the long run, perhaps the most influential bluesman of all. Still, the alcohol was the friend he couldn’t give up. Lucky for him, his friends and family helped him out when it came to recording and playing live. Even his wife would sit with him and whisper the lyrics for him to sing. Still the fans couldn’t get enough of his music. He actually managed to place 11 songs on the Billboard Hot 100 pop charts and a total of 14 on the R&B charts.

Sadly, the alcoholism and epilepsy starts getting the best of him, to the point that he can’t perform or play without the help from friends and family. His current label at the time Vee-Jay records was going under and eventually goes out of business. Yet somehow his manager at the time finds him another label to record with (ABC-Bluesway label) who managed to release a few albums into the ’70s.

Jimmy did one last album, before becoming a virtual recluse in his final years. While he got the help he needed with his medical issues it was obvious that it was too late to fix them as well as his career.  All in all, he did try to make a comeback on the blues festival circuit on August 29, 1976. He wrote and recorded songs that were almost impossible to dislike.