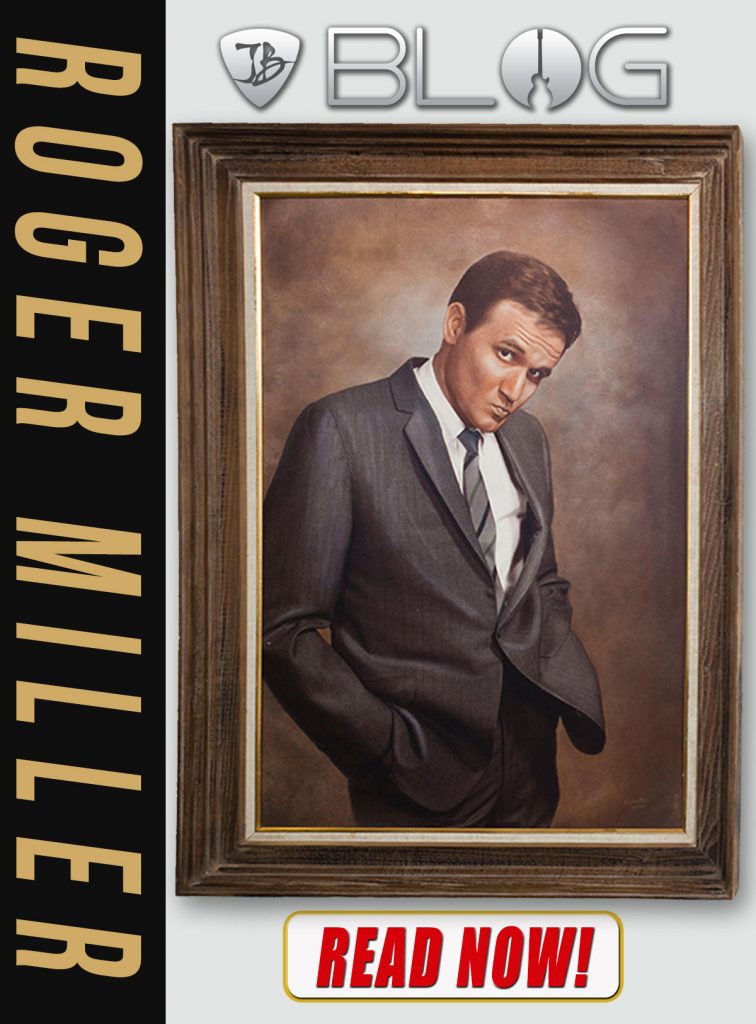 Roger Miller – King Of The Road

Roger Miller was a songwriter, singer, guitarist, fiddler, drummer, TV star, humorist, honky-tonk man, Broadway composer, and perhaps above all else, an awesome wit- Roger Miller was all of these and more!

He grew up during the depression when a lot of people were struggling. He lost his father at an early age and his mother couldn’t care for her three sons. So, each of the kids were sent to live with their uncles. Roger was an introverted kid that often got in trouble for daydreaming at school.

While walking to school, he started composing songs.

While living in Oklahoma, he spent most of his days in the cotton fields picking cotton and working the land. He was lonely and unhappy, but his mind took him places he could only dream about. While walking to school, he started composing songs.

Although he was considered an introvert, he managed to get rid of his insecurity by making jokes to get through life. Growing up, he would listen to the Grand Ole Opry on Saturday nights and the Light Crust Doughboys on Fort Worth radio by day. This was when he decided that he wanted to be a musician and songwriter.

He joined the Army thinking that it would be better than hanging out on the farm picking cotton. Plus, he liked the idea of seeing the world outside of Oklahoma. He went to Korea, where he was a Jeep driver. It was Korea, where he got one of his favorite one-liners, “My education was Korea, Clash of 52.”

He music career started taking off when he decided to move to Nashville. He was writing songs for Jim Reeves and Ray Price. By the mid 1960’s, he continued to record and tour into the 1990’s.  His Final Hit was “Old Friends” with Willie Nelson in 1982. Check out this video with Glenn Campbell, Willie Neslon, Roger Miller (It’s Blurry at first but clears up).

I grew up listening to his music on The Grand Ole Opry, Hee Haw, The Johnny Cash Show and Glen Campbell Good-time Hour.  I guess that’s the reason why Miller’s music still today resonates with me.  His was the full package when it came to entertainment.

He received a lot of awards for his music. In addition to 11 Grammy Awards, Roger Miller won Broadway’s Tony Award for writing the music and lyrics for Big River, which won a total of 7 Tony’s including best musical in 1985. He was voted into the Nashville Songwriters Hall of Fame in 1973 and the Country Music Hall of Fame in 1995.