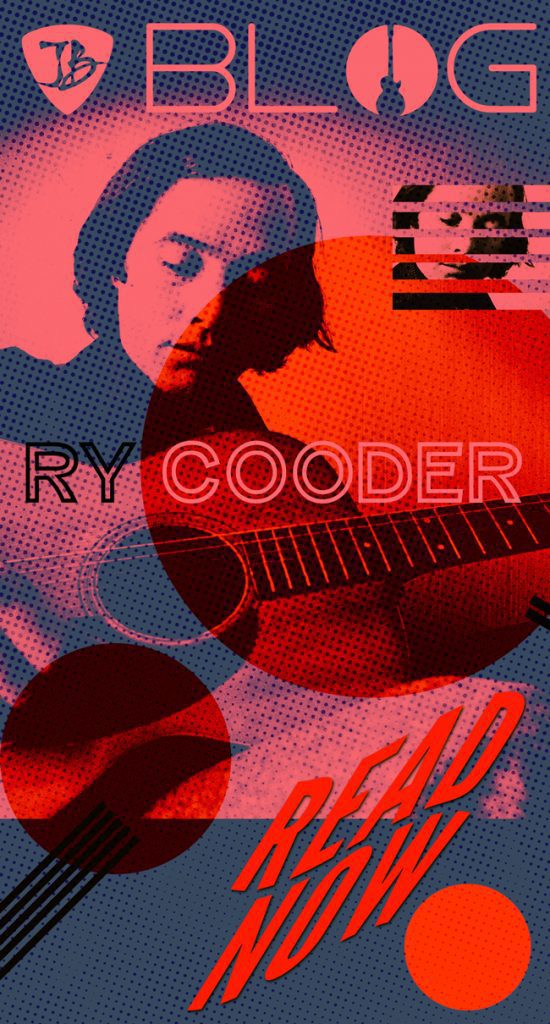 Ry Cooder – The Master of Many Genres

Introduced to the guitar at age three, Ry Cooder is adept at the instrument by age eight. Once becoming a teenager, he is a fixture in the local Los Angeles Blues scene. In the sixties, he forms the “Rising Sons” with Taj Mahal, along with Ed Cassidy of the band “Spirit” and Kevin Kelley of “The Byrds” fame. Despite intentions of being a “supergroup”, they only manage to have a single on Columbia before breaking up. At that time, even though they only lasted a year, they at least reached legendary status over the years. Ry Cooder and Taj Mahal went on to became solo artists.

Being in the “Rising Sons” is a nice springboard for Ry Cooder and Taj Mahal’s future success. Both of them were famous solo artists at the time and today, they’re still going strong. Furthering his career as a musician, in 1967, Cooder became a part of “Captain Beefheart’s Magic Band” for a while. After a performance, Cooder decides that it’s time to part ways with the band.

At one point he even played as a trio with Doc Watson and Bill Monroe. But unfortunately, Bill Monroe tells him that he isn’t ready yet. So, Cooder goes solo and suddenly the world becomes his oyster and starts offering up tremendous opportunities!

Occasionally working as a session musician in the 1960s, he contributes his playing to the likes of “The Rolling Stones”. As well as “Randy Newman” before doing his own music and albums in the 70s for Reprise. Whether performing as a session musician, solo artist or soundtrack composer, Ry Cooder’s chameleon like style of playing, virtuosity with instruments along with his eclectic taste in music, helps him find his own niche in the music industry.

Furthermore, it allows him to go from different musical genres, to composing film scores and basically being an American Cultural ambassador on a global scale. In a time when there is an abundance of virtuoso instrumentalists and singer-songwriters, Ry Cooder preoccupies himself with recording other people’s music. Like a mad scientist, he takes their music and deconstructs and creates new versions of the songs that take on a whole new personality that’s emotional and compassionate.

Cooder’s solo work draws upon many genres and styles of music. So, it’s no surprise that he receives invitations to perform with many diverse artists and bands. With that being said, he’s performed with the likes of John Lee Hooker, Gordon Lightfoot, Ali Farka Touré, Eric Clapton, The Rolling Stones, Van Morrison, Neil Young, Randy Newman and Linda Ronstadt. Along with David Lindley, The Chieftains, The Doobie Brothers, and Carla Olson & the Textones.

Ry Cooder along with John Hiatt, Nick Lowe and Jim Keltner form the band “Little Village”. An American British rock band in 1991. All of the members think it’s a great idea since they were in between touring and have the time off. They release a self titled album in 1992 and tour to promote it. It’s nominated in 1993 for a Grammy Award as “Best Rock Vocal Performance by a Duo or a Group”. Although they all agree that it was a fun project, they decide to disband shortly after.

Ry Cooder also produces the Buena Vista Social Club album (1997), which becomes a worldwide hit. Wim Wenders directs the documentary film of the same name (1999), which is later nominated for an Academy Award in 2000. Ry and Wim previously worked together on the film, Paris Texas. Politics aside, below is a video about the making of the Buena Vista Social Club Documentary. Ry explains it beautifully about how importance of preserving and documenting music history from all over the world.

In 2003, Cooder is ranked eighth on Rolling Stone magazine’s 2003 list of “The 100 Greatest Guitarists of All Time” (David Fricke’s Picks). A 2010 ranking by Gibson placed him at # 32. Although he’s often behind the scenes on projects, he is someone that other musicians seek out to collaborate with due to his unique perspective on music.

While I could sit here and discuss Ry Cooder all day, it’s better for you to explore on your own what an important service he does for the rest of us. While he may not always be in the spotlight, he’s definitely creating and performing somewhere nearby. For me, my exploration into his music was listening to the “Crossroads” & Paris Texas soundtracks and from there I was a huge fan.