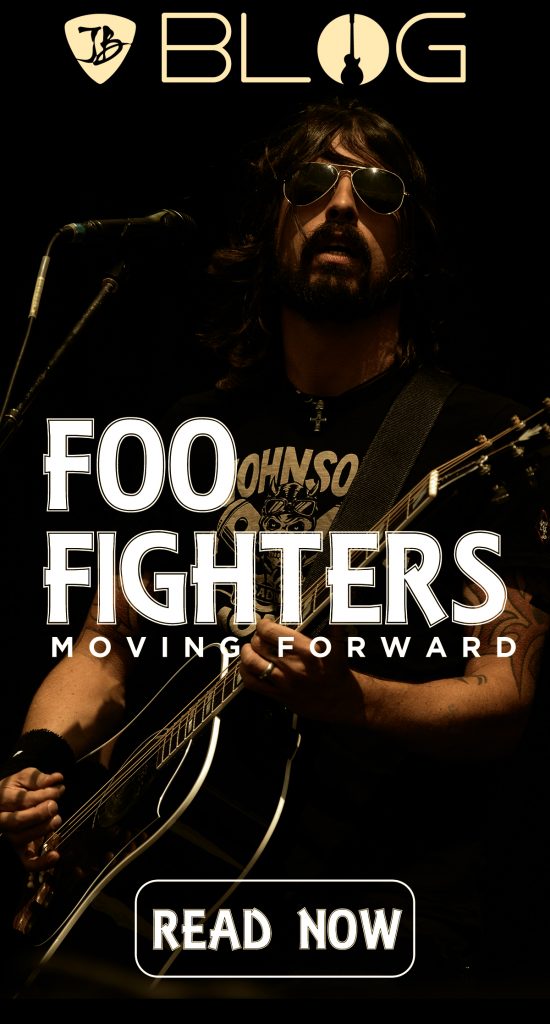 The Foo Fighters – Still Rockin’ On

After decades of rock ‘n’ roll Dave Grohl and the Foo Fighters are still going strong.  Even more impressive is when the Foo Fighters released their debut album, Grohl wrote and recorded it entirely by himself. So, this just shows that he is a man on a mission to move on from the days of Nirvana.

Furthermore, this move gives him the chance to prove to the world that he can be a front man and more than just a drummer. Over the years, there has been movie roles, collaborations with music legends, interviews with presidents while still pushing boundaries and going beyond music. His key to success? Reinventing himself.

Nirvana – The Good, Bad and Beyond

Dave, a self-taught musician drops out of school and plays in local punk bands until he joins “Nirvana”. Being in the band “Nirvana” still to this day holds a special place in his heart. While being the drummer, his job was to play the drums and be in the background which was a great gig. At the time, they knew that they were creating something special and things were great. And of course people took notice. I can say for myself, I loved what Nirvana brought to the music industry and to the table. Anywhere you went in the 90s, Nirvana’s music was being played, they were always on television, especially MTV. Grunge emerges as a new genre of music. Whether you like it or not, it produces a lot of great bands, like Pearl Jam, Soundgarden, Alice In Chains etc.

Sometimes things start to go downhill and you have to deal with change. Such is the case after the 1994 death of Kurt Cobain. For Dave Grohl, things take a downhill spiral. As he once said in an interview, “I have gone through everything with Nirvana and watched us reach incredible highs and lows”. Then, to just see it end? Shortly after, he stops listening to music because to him, it’s too emotional after what happened. But after a while, he realizes that music is the one thing that can help him heal. He creates a demo tape where he plays all the instruments, and record companies are interested. He freaks out a little because he doesn’t have a band, and he’s never been a front man. Well, even though it takes a long time to master the job of fronting a band Grohl figures it out.

Instead of going solo, Grohl has big aspirations of having a band. Furthermore, he meets the bassist for Sunny Day Real Estate, Nate Mendel. Sunny Day Real Estate disbands shortly after and their drummer, William Goldsmith is on board. Former Germs and Nirvana guitarist Pat Smear rounds out the lineup. They name themselves Foo Fighters after a World War II secret force that allegedly researches UFOs.

Moreover, Capitol Records signs them to their label and releases their self-titled debut consisting solely of Dave Grohl’s solo recordings. Becoming an instant hit, the album is on heavy rotation on alternative and rock airplay. Through 1996 to 2010 they release more albums and continued touring.

During this time, there are more band member changes but by 2011, they seem to be coming together and release Wasting Light. This becomes a pivital moment for the band and a smash hit as well. Garnering them the #1 spot on the Billboard charts later going gold in the U.S. and four Grammy Awards.

In November 2014, the band’s eighth studio album, Sonic Highways, is released as an accompanying soundtrack to the Grohl-directed 2014 miniseries of the same name. On September 15, 2017, the band releases their ninth studio album, Concrete and Gold, which becomes their second album to reach number one in the United States.

And it’s the band’s first studio album to feature longtime sessions and touring keyboardist Rami Jaffee as a full member. As of October 2019, the band announces that they are working on their tenth studio album, based on demos from Grohl.

While it might be time to add another renowned rock band to the list of anticipated 2020 releases. The Foo Fighters are messing with our minds by sharing cryptic pictures and some music as teasers. This will be their tenth studio LP.

The Foo Fighters continue to tweet out a black and white photo of a disassembled drum kit on some steps, paired with about a minute of audio with a simple drumbeat. Along with it, the hashtags #FF2020 and #FF25, the latter alluding to the 25th anniversary of their self-titled 1995 debut album and origins as a band. On New Year’s Day, the band tweets out another similar photo. This one is a microphone set up in a bathtub — along with the same hashtags.

News of a forthcoming album from the Foo Fighters isn’t entirely new. Considering back in September, front man Dave Grohl told the crowd at Brazil’s Rock in Rio festival that the band plans to start work on a new LP upon arriving back in America. Their last studio album was 2017s Concrete and Gold, which earned them their second No. 1 on Billboard 200. (Billboard Magazine). These are just key moments of the Foo Fighters road to success.

You can keep up with everything Foo Fighters on their web-site: https://www.foofighters.com/