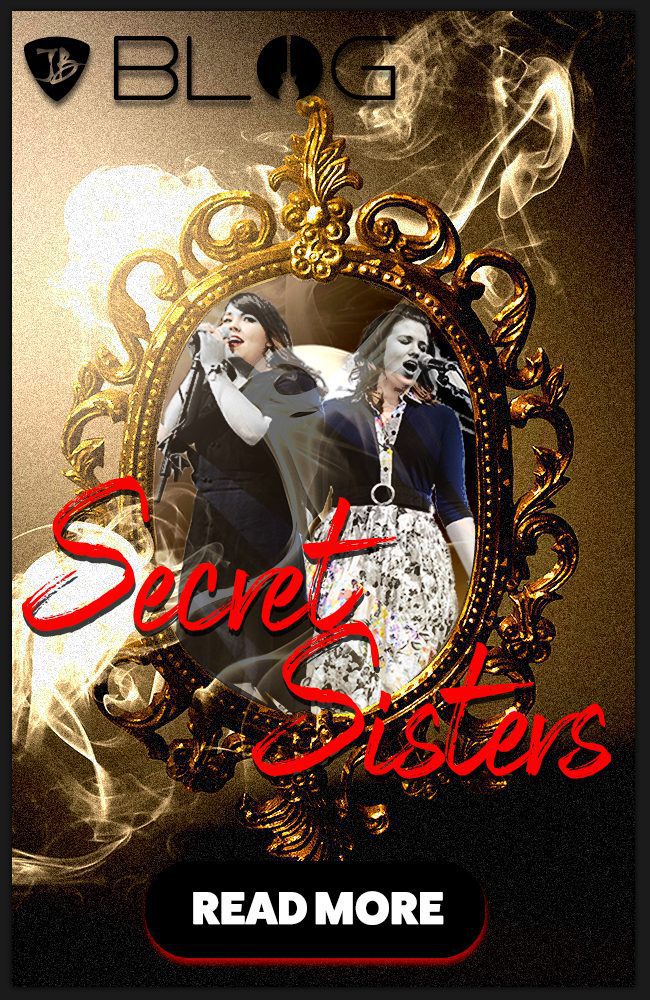 The Secret Sisters—Laura and Lydia Rogers

These two sisters have some of the most hauntingly beautiful vocals that I’ve ever heard! But not only that, they manage to capture the emotional aspect of the lyrics they sing! Furthermore, when it comes to performing their songs, they let the music do the talking. Seriously, their talent is beyond magic and definitely speaks for itself. For most of us, they are one of Alabama’s best kept secrets! But not for long! This duo deserves to have their time to shine! And they’re on their way…Check out “The One I Love is Gone” below!

Laura and Lydia Rogers are sisters from Muscle Shoals, Alabama. Their love of music comes from generations of musicians on both sides of their family tree. Obviously, the apple doesn’t fall far from the tree with these two ladies. Between growing up listening to country music and singing in church, they learned to harmonize and sing acapella at a fairly early age. Neither one thought they would have a singing career. As they got older, Laura went to college to pursue a business career and Lydia went down the musical route. To make a long story short, Laura went to an impromptu audition and was asked to come back to Nashville. So, she asked if her sister could come as well. Lydia shows up later and shortly after, this is how they became “The Secret Sisters!”

Starting out, at the time they had very few songs under their belt that they had written and wasn’t really enthusiastic about. So their first album they release is comprised mostly of covers with only two tracks that were originals. Plus, at the time, it seems like they wanted to stay with traditional music that they’re most familiar with. Can’t blame them for following this route to make the music that they could truly make their own while paying homage to the music and artists that inspired them in the first place. Their debut album did ok but it wasn’t anything to write home about. But, it was enough to get their foot in the door to start the process. Their song “Tomorrow Will Be Kinder” is featured on the album “The Hunger Games: Songs From District 12 and Beyond” giving them some more momentum with their music.

The album, “Put Your Needle Down”, releases on April 15, 2014. It debuting at No. 110 on the Billboard 200, and at No. 18 on the Top Country Albums chart with 3,700 copies sold in its debut week. While this seems like a great situation for them, the critic’s were just ok with this album. Complainging about the songwriting and Reviews were mixed. Several critics expressed disappointment with the album’s production and songwriting.

Being Dropped By Their Label

The Secret Sisters get dropped from Republic Universal Records in 2015. At this point, the duo couldn’t afford to pay a band to go on tour and are looking at filing bankruptcy. They return to Alabama to decide if this is still the path they want to pursue?  Well, needless to say, not everyone forgot about them. In 2015, Brandi Carlile reaches out to the sisters and invites them to open shows for her, including two notable hometown Seattle concerts. Carlile likes what she hears and shortly after, she’s producing their next album “You Don’t Own Me Anymore.” And to this day, this collaboration is still working out quite well!