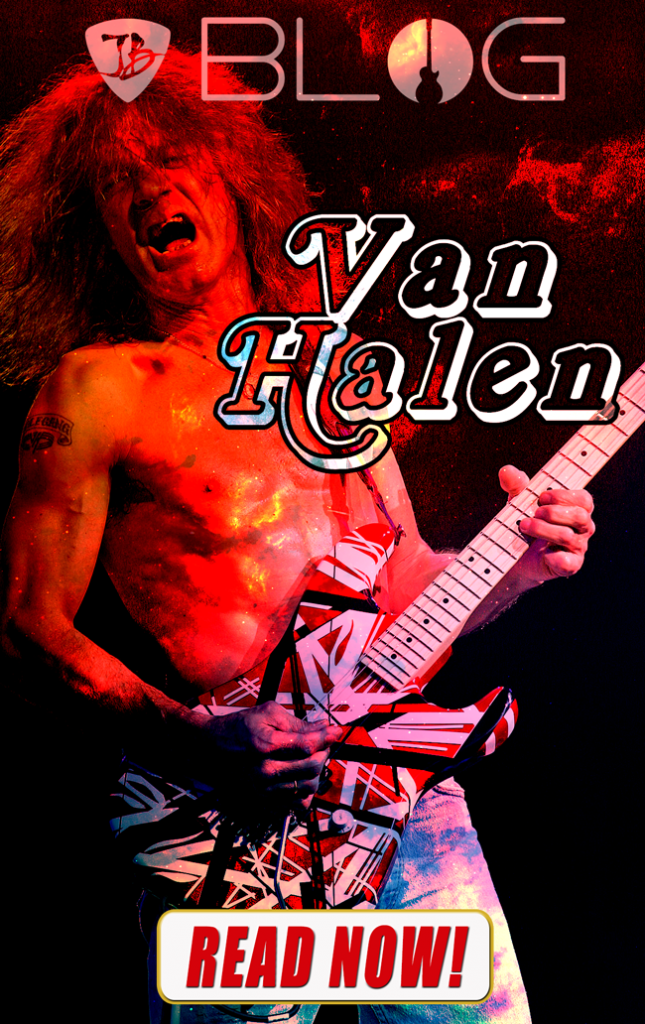 The band formed in 1972, in Pasadena, California as Mammoth. By 1974, they become Van Halen. They release their self-titled album Van Halen in 1978, which becomes a milestone for rock music. During this time the band consists of David Lee Roth on vocals, Michael Anthony on bass. Along with Eddie Van Halen on guitars/keyboards and brother Alex Van Halen on drums.

The band manages to establish themselves as leaders in the emerging U.S. heavy metal scene of the 80s. As for Eddie, he receives widespread notoriety as one of rock’s most revered and profound guitar players. By the early 1980s, they became one of the most successful rock acts of the time. They also released their sixth album 1984, which is also a hit and produces the single Jump. Surprisingly, it’s their only number one single to date as well as being the only internationally known.

Out With The Old And In With The New

Here comes the part in this blog where some VH fans will agree to disagree when it comes to the front-men of Van Halen. You have David Lee Roth, Sammy Hagar and Gary Cherone. More important is that all three of these guys are great singers, they each bring something to the table. Lastly, they hold their own when it comes to entertaining the fans. I’ve been a fan from day one and every time I saw them live, the band always brought it, the total package. No matter who was at the helm. This is what makes great music!

Hagar left the band in 1996 shortly before the release of the band’s first greatest hits collection, Best Of – Volume I. Former Extreme front-man Gary Cherone replaces Hagar, remaining with the band until 1999. Afterwards, Van Halen goes on a hiatus until reuniting with Hagar for a worldwide tour in 2003. The following year, the band releases The Best of Both Worlds, its the second greatest hits collection. Hagar again left Van Halen in 2005. Roth returns as lead vocalist. Anthony is fired from the band in 2006 and was replaced on bass guitar by Wolfgang Van Halen, Eddie’s son. In 2012, the band released the commercially and critically successful A Different Kind of Truth.

The Best Selling Band in The U.S.

As of March 2019, Van Halen is 20th on the RIAA’s (Recording Industry Association of America) list of best-selling artists in the United States. Furthermore, they have sold 56 million albums in the U.S. and more than 80 million worldwide, making them one of the best selling groups of all time. As of 2007, Van Halen is one of only five rock bands with two studio albums that sold more than 10 million copies in the United States. Additionally, Van Halen has charted 13 number-one hits in the history of Billboard’s Mainstream Rock chart. VH-1 ranked the band seventh on a list of the top 100 hard rock artists of all time. So yeah, they’re pretty popular!

What The Future Holds For Van Halen

On March 24, 2015, Van Halen announces a 39 date tour with Roth to take place from July to October 2015 across North America. In April 2015, Eddie Van Halen told Rolling Stone that the band will “probably hunker down and do a studio record” after their tour. After this tour, the band takes a hiatus.

On September 30, 2019, while promoting an upcoming 2020 solo concert, Roth expressed uncertainty towards the band’s future, stating “I think Van Halen is finished.” However, no formal announcement of a disbandment has been made as of yet. So we shall see. In the meantime, there are many digital platforms to listen to these icons on. Also check out Sammy Hagar’s Sirius Xm Show.

We look forward to your hearing about your favorite Van Halen experience! Let us know…