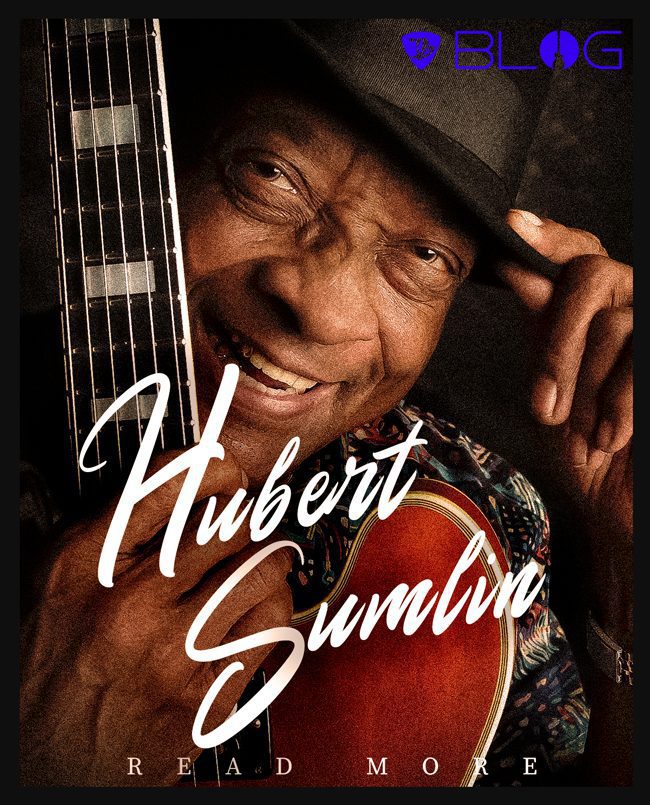 Hubert Sumlin, a Chicago blues guitarist, and singer that’s known for his slashing guitar solos and his innovative guitar techniques! More or less, when he got the chance to shine, he made it worth everyone’s time. Also, he liked to change things up when it came to guitar playing. Starting out by playing a diddley bow, he eventually moving on to playing a six string guitar at age six. Hubert would often sneak out to a local juke joint where the great Howlin’ Wolf was performing at the time. As the story goes, Hubert is standing outside the joint, and watching the show atop some empty crates, Hubert becomes increasingly mesmerized by Wolf and his music.

The music touches him so deeply, that he suddenly finds himself falling through the window that he’s peeping through and lands right on the stage! As they say, the rest is history! Also it’s a great way to get an audition! In 1954 he’s invited by Howlin’ Wolf to move to Chicago to play second guitar in his band. Eventually he becomes the primary guitarist. You could say that Wolf saw something in his playing. So, he sends Sumlin to a classical guitar instructor at the Chicago Conservatory of Music to learn keyboards and scales. Furthermore being a musician getting a chance to record with the great Howlin’ Wolf.

Over the years, he stopped playing with a guitar pick and just played the guitar with his fingers. Realizing that he had more control to create the sounds he heard from others as well as creating his own style of playing. He had no need to use a pick anymore. Furthermore, he starts playing with the likes of James Cotton, but most of us know him for the time he played and Howlin’ Wolf and Muddy Waters because Muddy tripled his pay.

Hubert Sumlin was born on November 16, 1931, in Greenwood, Mississippi and raised in Hughes, Arkansas. His early influences in music came from the likes of Charlie Patton, Lonnie Johnson, and Robert Johnson. Other later influences were Blind Lemon Jefferson, Sonny Boy Williamson, Son House, and Blind Willie McTell. Sumlin eventually developes his unique style by watching other guitarists, and borrowing the notes and licks that he saw them play. When Sumlin was young, he wanted to be a jazz guitarist, admiring the playing of Charlie Christian in particular. He made the switch to blues guitar after hearing artists like Charley Patton, Robert Johnson and Peetie Wheatstraw.

Sumlin is inducted into the Blues Foundation Hall of Fame in 2008. He’s nominated for four Grammy Awards: in 1999 for the album “Tribute to Howlin’ Wolf”, with Henry Gray, Calvin Jones, Sam Lay, and Colin Linden. In 2000 for Legends, with Pinetop Perkins; in 2006, for his solo project “About Them Shoes” (which features performances by Keith Richards, Eric Clapton, Levon Helm, David Johansen and James Cotton) and in 2010 for his contribution to Kenny Wayne Shepherd’s Live! in Chicago.

He wins multiple Blues Music Awards. He was a judge for the fifth annual Independent Music Awards, given to support the careers of independent artists. Lastly, he moves to New Jersey where he lives for ten years before passing on December 4, 2011, at the age of 80. Mick Jagger and Keith Richards paid Sumlin’s funeral expenses.