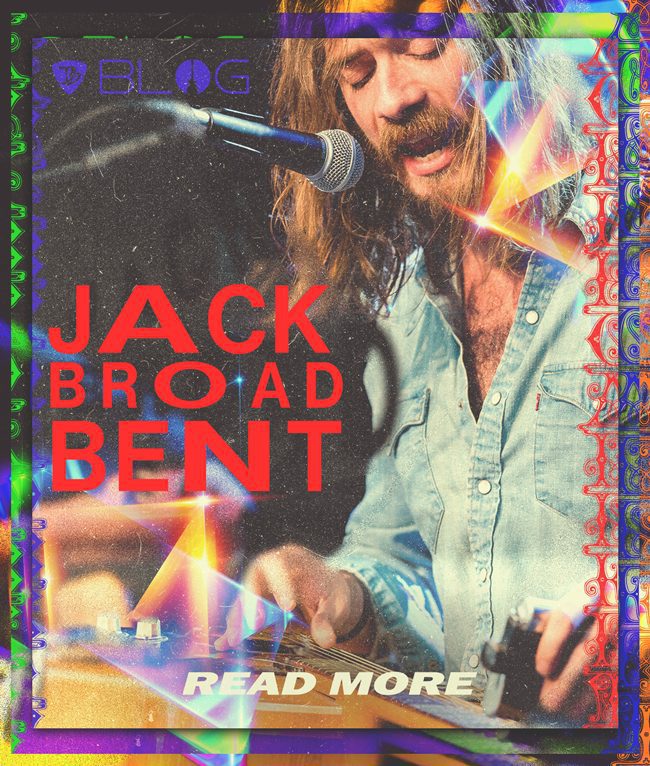 For those of you that are not familiar with Jack Broadbent, he’s all over the place when it comes to the music he creates. It’s obvious that he doesn’t care about what genre his music fits in! But instead, it’s more about quality, musicianship and his relationships with his audiences. This British born multi-talented singer, songwriter, and guitarist seems to enjoy mixing things up at times!

What also caught my attention besides the great music he creates with his mad skills when it comes to playing slide guitar. Seriously, it’s over the top and beyond! Check out his fantastic cover of “The Wind Cries Mary” Live at the Montreux Jazz Festival As well as “On The Road Again Live”. Circa 2016 during their 50th anniversary of the festival. Even back then, they knew this artist was truly a gifted musician.

Growing Up With Music

Broadbent grew up in rural Lincolnshire, England. And considers his father the earliest influence when it comes to his music. His father, Mick Broadbent is a well-established musician, including a tenure with Bram Tchaikovsky. “I fell in love with music at a young age,” he says, “informed by the steady diet of music played around the house.” – Jack.

Furthermore, his father would take Broadbent to open mic nights as a youth, and by his early teens he was playing drums in his dad’s bands. Broadbent begins to gravitate to the guitar around the same time he becomes interested in song writing.

“Being a drummer, I tried to develop a very rhythmic approach to my guitar playing,” Broadbent recalls. “What interested me was being able to hold down a groove and do some gymnastics to incorporate solos and subtle bass lines.” – Jack

Furthermore, The Montreux Jazz Festival hailed him as, “The new master of the slide guitar.” Bootsy Collins famously proclaimed him, “The real thang!”  Needless to say, He won over more fans touring with the likes of Ronnie Wood, Peter Frampton, and other musical legends. While he’s not completely known around the world, he’s played in the right places at the right times, to get to where he’s going…

While he can definitely make the blues scream for mercy with his over-the-top slide / flask guitar playing, he’s also mastered the ability to capture people’s attention! Furthermore, keeping them entertained throughout the performance (even when things don’t always go as planned). At least he can hold his own when mishaps happen.

But what makes him shine the most, is his snarky personality and attitude that allows him to hang out with any kind of crowd and joke around with them while not causing chaos by doing it. He truly is an entertainer at heart! He’s also very endearing to people when talking about music and his stories in between sets.

Writing His Own Music – Covering Others

With everything he writes and performs live it’s almost nostalagic in a sense because it reminds you of  all the great rock n roll heros from the early days of rock to the classics from the 70’s. Depending on what he’s performing, you get hints of Dr. John playing some honky tonk, the Allman Brothers, Canned Heat, John Lee Hooker and others from that time frame. Proving that he definitely grew up listening to a steady amount of rock, rhythmn and blues. While tipping the hat to the greats and going forward. If he’s touring a town near you, take the time to see him live! He won’t disappoint!