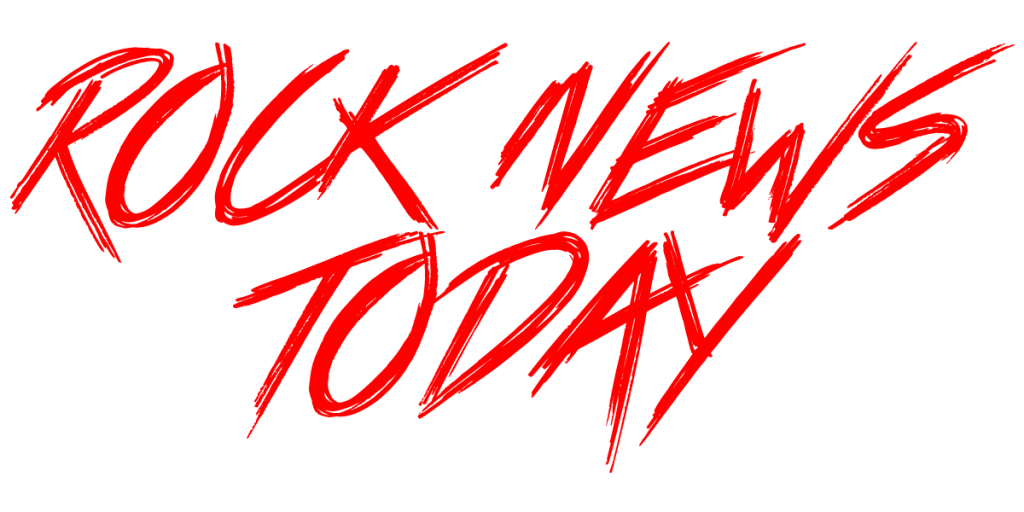 David Bowie's 'Heroes' To Be Released On Vinyl For 45th Anniversary

Originally released on October 14, 1977, Heroes was a commercial success, peaking at No. 3 in the U.K. and No. 35 in the U.S., with NME and Melody Maker, both naming it album of the year.

The title track is now widely recognized as a classic and one of Bowie’s most beloved songs, having been used in the London 2012 Olympic opening ceremony and critically acclaimed films such as Moulin Rouge and Jojo Rabbit.

It has also become one of Bowie’s most covered songs with interpretations by artists such as Prince, Coldplay, Motörhead, Depeche Mode, Lady Gaga, King Crimson and The Wallflowers.

Also on October 14, Live In Berlin (1978) will be made available digitally for the first time. Live In Berlin was originally released as an eight-song orange vinyl mini album exclusively available at the David Bowie Is… exhibition in Brooklyn, New York.

Produced between 1967 and 1968, the videos have been restored in 4K resolution. The video releases are two different versions of “Jumpin’ Jack Flash.” Directed by Michael Lindsay-Hogg, the videos were shot in a single day at Olympic Studios in London during the spring of ’68.

The first version, featuring a makeup-free Stones, has the distinction of incorporating a completely unique version of the song (vocals and all other instruments), whereas the version with a makeup-clad Mick Jagger, Keith Richards, Brian Jones, Bill Wyman, and Charlie Watts utilizes a fresh Jagger vocal take over the backing track from the single.

“When I edited them and played them back, they loved the videos,” Lindsay-Hogg said. “I’d hate to think they didn’t, because then I went on to do their videos for 15 years.”

To commemorate the 20th anniversary of his 14th and 15th albums, respectively, Alice and Blood Money, Tom Waits is releasing a limited-edition vinyl version of both albums on Oct. 7.

A translucent blue vinyl for Alice and a translucent red version for Blood Money will be available on the official Tom Waits merchandise store with other variants available at independent record stores and online. Prior to the re-release of both albums, Waits is sharing previously unreleased live versions of songs on both albums, beginning with “All the World is Green” from Blood Money and “Fish and Bird,” off Alice.

“All the World is Green” was recorded during a live show in Milan, Italy, and features a faux flamenco guitar intro, while “Fish and Bird” is pulled from Waits’ return to London in 2004 and features a stripped-down rendition of the song—which featured a chamber orchestra arrangement in the studio recording—on piano. Both albums were inspired by the stories around the future staged productions and were released after highly Waits success 13th album, the Grammy Award winning (for Best Contemporary Folk Album) Mule Variations.

Alice, based loosely on Alice Liddell, the girl who inspired Lewis Carroll’s 1865 classic Alice’s Adventures In Wonderland, was initially created for an avant-garde opera directed by Robert Wilson for Hamburg’s Thalia Theater in1992. The album was the second collaboration for Waits and his wife Kathleen Brennan with Wilson. The couple previously worked with director and playwright on the 1990 production of The Black Rider: The Casting of the Magic Bullets, which was conceived by Wilson, along with Waits and William S. Burroughs.

The songs of Alice are “part of a cycle where each track relates to what comes before and what will follow, a puzzle that reveals itself as it unfurls and marks a compositionally bold step forward for Waits,” according to a descriptor, backed by lush instrumentation of pump organ, French horns, vibraphone, bass saxophones, and bass, violin, and cello. A Stroh violin, a 19th century instrument with attached horn allowing string players to be heard over an orchestra’s brass section, was also used on the album.

“During the ’70s, too many of my songs were drowning in strings,” said Waits of the more experimental arrangements on Alice, in a statement. “I didn’t want to hear another blasted violin. So, we found string players who felt the same way about their instrument, formed an odd, skeletal chamber orchestra and tried to avoid all the old familiar phrases where strings love to play.”

Blood Money, also released in 2002, see-saws from delicate to darker renderings exploring love and mortality. Based on the socio-political play Woyzeck, originally written by German poet Georg Buchner in 1837 and inspired by the true story of a German soldier who was driven mad by bizarre army medical experiments that led him to murder his lover, Waits and Brennan wrote the songs of Blood Money for the production of Woyzeck, a third collaboration with Wilson that premiered in 2000 at the Betty Nansen Theater in Copenhagen, Denmark. The show later won the Danish equivalent of a Tony Award for Best Musical.

“‘Blood Money’ is flesh and bone, earthbound,” said Waits. “The songs are rooted in reality: jealousy, rage, the human meat wheel. They are more carnal. Kathleen and I are well suited to this material. She is hilarious, blasphemous, and ominous. I like a beautiful song that tells you terrible things.”

Authorized by and written with the full cooperation of the musician’s estate, and featuring in-depth analysis of his instruments and equipment, Harry Shapiro’s Gary Moore: The Official Biography is set for publication on September 27 via Jawbone Press and is described as the definitive biography of the Northern Irish guitar hero.

Gary Moore delighted entire generations with his passionate guitar playing, from the driving rock of Thin Lizzy in the 1970s to his explorations in subsequent decades of jazz fusion, heavy metal, hard rock, blues rock, and more.

Throughout that time, he could be seen on the world’s biggest stages, yet the real Gary Moore was always hidden in plain sight, giving little away. Now, however, through extensive and revealing interviews with family members, friends, and fellow musicians including Ian Paice, Sharon Osbourne, Greg Lake, Glenn Hughes, and members of Thin Lizzy acclaimed rock biographer Harry Shapiro is able to take readers right to the heart of Gary’s life and career.

Despite his early death in 2011, Moore still has legions of devoted fans across the world who will be enthralled by this unique insight into the life of a guitar genius who did it his way, and whose music lives on. Beginning with Gary as a teenage guitar prodigy in war-torn Ireland and continuing through the many highs and lows of more than forty years in rock, Shapiro paints an intimate portrait of a musician widely hailed as one of the greatest Irish bluesmen of all time.

Moore enjoyed a spectacular career with bands such as Skid Row, Thin Lizzy, and G-Force, and predominately as a solo artist during which time he effortlessly switched from heavy rock to blues, taking his denim-clad fans along for what would be a hugely successful journey. Moore’s guitar mastery saw him collaborate with stars like B.B. King and Albert King, Peter Green, Jack Bruce, and Eric Clapton.

Metallica’s Kirk Hammett said: “Gary Moore is definitely in my list of top five guitar influences, right up there with Jimi Hendrix, Eddie Van Halen, Stevie Ray Vaughan, and Michael Schenker. He just blew me away from the first time I heard him.” Def Leppard’s Vivian Campbell stated: “He was a huge guitar influence. I probably ripped off Gary Moore more than any other guitar player.”

Harry Shapiro is a music writer and journalist. His biography Jimi Hendrix: Electric Gypsy was nominated for the Ralph J Gleason Music Book Award, while Waiting For The Man: The Story Of Drugs And Popular Music was voted best music book of the twentieth century by the BBC Millennium web site. Jack Bruce: Composing Himself was published by Jawbone in 2010. His other books include biographies of Eric Clapton, Alexis Korner, and Graham Bond. 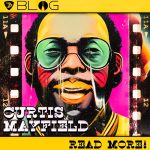 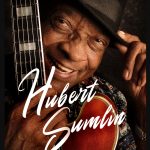 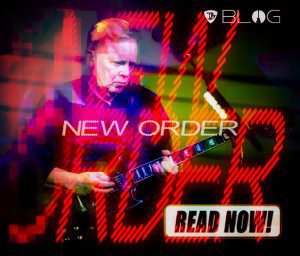 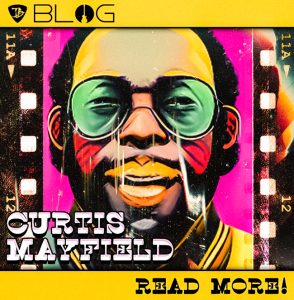 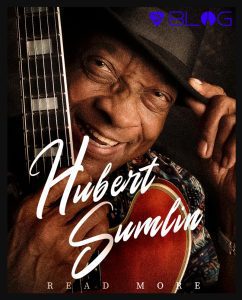 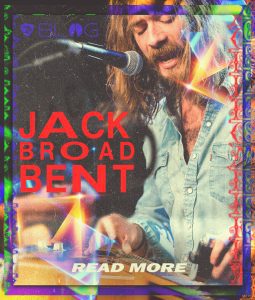 Jack Broadbent For those of you that are not familiar with Jack Broadbent, he’s all over the place when it comes to the music he 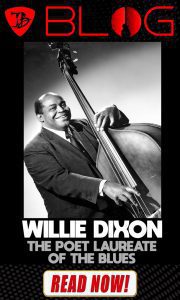 Willie Dixon – Musician, Songwriter & More! Willie Dixon. Back in the day, he could easily choose whatever he wanted to do. Especially when it 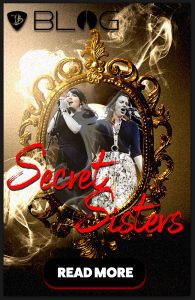 The Secret Sisters—Laura and Lydia Rogers These two sisters have some of the most hauntingly beautiful vocals that I’ve ever heard! But not only that, 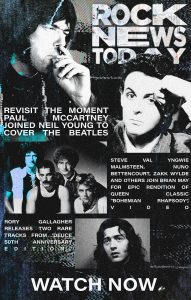